Kratos Defense & Security Solutions has more than doubled the number of tactical unmanned air vehicles under development, growing from three publicly declared programmes in the second quarter of 2018 to seven in the third quarter.

As a result, the company recently opened a 9,300m2 (100,000ft2) production plant in Oklahoma City, Oklahoma. It is also close to signing a lease on another manufacturing facility at an undisclosed location, in addition to its Sacramento, California production facility, chief executive Eric DeMarco said during a 6 November earnings call.

Kratos's tactical UAVs are subsonic and manoeuvrable to more than 9g. They are based on target drones that the firm has manufactured for the US military. The vehicles are touted by the company for their low cost: a trait that would make potentially losing a large number on the battlefield financially bearable for the US Department of Defense.

The company has two publicly declared customers for two of its tactical drones: the DoD's Defense Innovation Unit (DIU) has contracted the firm to integrate unspecified sensors on board the Mako UTAP-22, and the US Air Force Research Laboratory (AFRL) has contracted the manufacturer to demonstrate its "Loyal Wingman" concept with the XQ-58A Valkyrie (below). 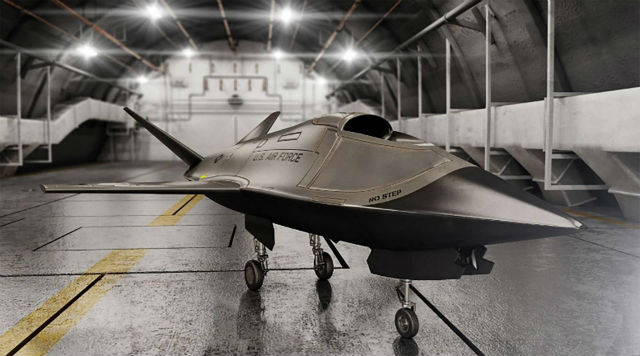 Kratos also has several unnamed "national security" clients, which could be other branches of US or foreign militaries. In March, the US Department of State approved the sale of the Mako UTAP-22 to undisclosed countries in Europe and the Asia-Pacific region.

In addition to the Mako and Valkyrie, Kratos's other tactical drone programmes under development are named Spartan, Thanatos and also Project A, F, and Z. Of these, only Project F had previously been mentioned.

The seven designs include clean-sheet aircraft, as well as UAV variants that differ only in small ways from one another, says Fendley. For instance, the Mako UTAP-22 is largely based on the earlier-generation BQM-167A target drone.

Kratos has invested about $70-75 million in its tactical drone development programmes, with Hebert saying the vast majority of this sum has been allocated to the Valkyrie. A significant part of the investment has included developing autonomous flight controls, which allow a single operator, on the ground or in another aircraft – such as the pilot of a Lockheed Martin F-35 – to manage the missions of several UAVs at once, says Fendley.

Tactical drones are a response to what US military commanders see as growing threats to aircraft from adversaries such as China and Russia, whose air-defence networks are increasingly all-knowing. The thinking is, by "quarterbacking" a swarm of aircraft against an enemy, the USA can overwhelm its targets.

"Even a short-term decision paralysis, where they cannot decide which one of these they want to target, you just gained an advantage," says Fendley.

In addition, the low-cost nature of these tactical systems means that it would be cheaper for the USAF to finance an air war against an adversary, he claims.

"The cost equation becomes very effective," says Fendley. "Typically the [adversary’s] defensive system is expensive. Let's say, it is a $5 million missile, against a $500,000 unmanned aircraft – that's a good financial trade for us."

Kratos says the Valkyrie, which is presumed to be the most expensive and sophisticated of its tactical drones under development, could be built for $3 million or less for up to the first 99 units, and $2 million or less for purchases of 100 units or greater.

The Valkyrie is going through ground safety checks and reviews, and Kratos expects the unmanned aircraft to make its initial flight by around the end of January 2019, according to information from its recent earnings call. Should the UAV successfully execute a series of demonstration flights, the company expects to receive initial production unit orders from the USAF later next year.

Within the tactical UAV market, Kratos is seen to have a head-start on rivals such as General Atomics Aeronautical Systems, Lockheed and Northrop Grumman, because of its background in the aerial target business, says Herbert.

"Because they have the target drone background, they are able to bring these things to market – development process to aircraft – in 30 months," he says.

The company is also able to financially justify small contracts from small agencies such as the AFRL and DIU, Herbert notes. "A $20 million contract, hypothetically, actually means a lot more to Kratos than it does to Lockheed. They've got a cost structure that allows them to execute and do affordably these contracts that larger companies couldn't do."