Israeli unmanned systems specialist Aeronautics is displaying its flagship Orbiter 4 multipurpose unmanned air vehicle at the show, with the company aiming for a number of export opportunities around the world.

Dany Eshchar, Aeronautics' deputy chief executive, told FlightGlobal that he sees sales opportunities in a number of countries including the Australia, India and the USA. The Orbiter 4 – the largest member of the company's Orbiter family – was launched last year and has since achieved sales, although Eshchar will not identify the customers.

"We are working all over the world and we believe that the Orbiter 4 is a perfect candidate for several upcoming tenders," he says. 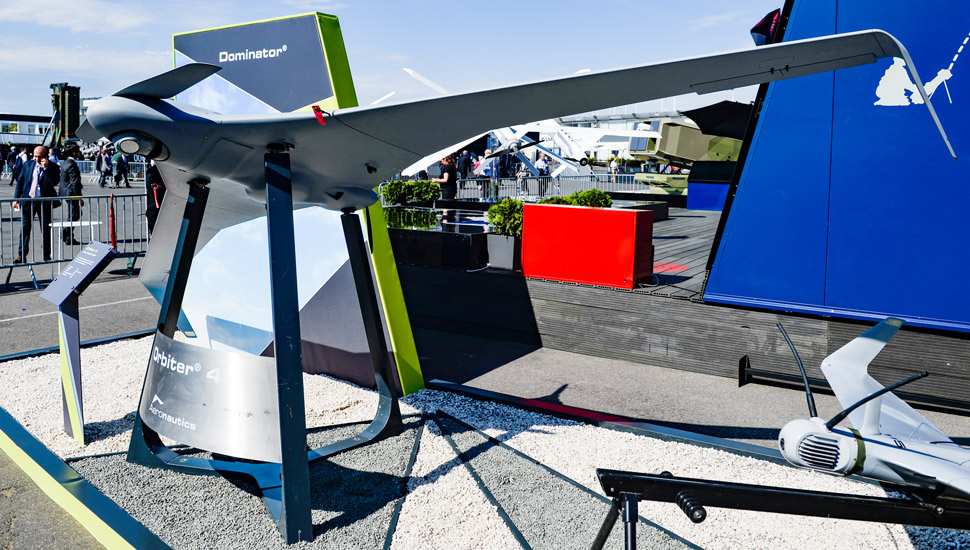 The product shares many commonalities with the smaller Orbiter 2 and 3 UAVs, including ground control station, communication systems and payloads. The Orbiter 2 and 3 have accumulated 250,000h to date with the 37 customers flying the types.

Close to 2,000 units of the Orbiter 2 and 3 have been built, with the former being the most popular according to Eshchar.

The Orbiter 4 has a 5.4m (17.7ft) wingspan and a 50kg (110lb) maximum take-off weight, allowing it to carry a 12kg payload into the air. The UAV is capable of integrating multiple payloads, including electro-optical/infrared sensors, synthetic aperture and maritime patrol radars, lidar sensors, signals intelligence systems and a maritime automatic identification system.

Aeronautics says the Orbiter 4 is capable of staying aloft for 24h, with a command and datalink range of up to 81nm (150km).

Take-off is conducted using a catapult system, which can be trailer mounted, while recovery is performed using a parachute and airbag system. Launch and recovery is automatic, and crew workload is reduced further with six autonomous flight modes for the UAV. A low logistical footprint also means that only a crew of three is required to operate it.

The company also manufactures the Dominator, a medium-altitude, long-endurance UAV, which is a converted Diamond Aircraft DA42. Mexico and a Asia-Pacific country operate the aircraft, which is low-cost yet still provides "very good performance and low life-cycle costs", according to Eshchar.