For investors looking to put money into start-up companies with a good shot at making the transition from technology development to scale production, green lights should come on in business sectors where the market is inefficient – and where the technology might provide a way to cut costs and boost market access. In aerospace, one of those sectors is unmanned systems.

That is the view of Anita Antenucci, the Washington DC-based senior managing director for investment bank Houlihan Lokey. Speaking to Flight Daily News on the sidelines of the Paris air show, Antenucci – who leads the firms' aerospace, defence and government practice – says the example of SpaceX is a good guide. Elon Musk's rocket launching company has had many advantages – not least a charismatic billionaire founder – but one key to its success is the fact that the launch market in the early 2000s was ripe for a shake-up. 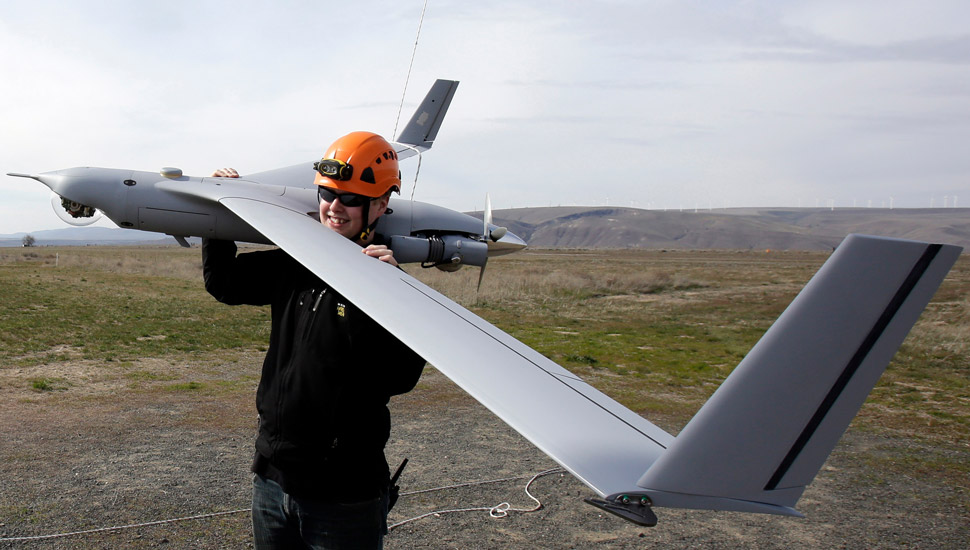 Where the US government bought launches, it bought them from companies whose products and operating systems were born of Cold War-era technologies and military procurement practices. Musk, exploiting a NASA drive to outsource, rather than develop itself a new generation of rockets, was able to slash costs through an integrated manufacturing and operating service based on a modern, streamlined industrial model.

The result was the creation of a commercial market for launch. And, says Antenucci, unmanned systems could be another example. Modern technologies promise to help the government and government contractors to buy vehicles and services much more efficiently.

The big stumbling block to introducing UAVs into civil airspace – and thereby breaking open a new commercial market for UAV services – is air traffic control. But, Antenucci reckons, this aspect of the system is not so intractable as ongoing efforts by the Federal Aviation Administration and European Union Aviation Safety Agency to manage drone traffic suggest. UAVs, all equipped with collision avoidance systems and flying carefully chosen routes at specified altitudes free of manned aircraft, should be able to operate reasonably safely on these "highways in the sky".

In other words, in Antenucci's view: "It’s not that difficult."

That suggests any number of routes to success for imaginative, ambitious entrepreneurs.