Israeli loitering munition specialist UVision has unveiled a new multi-canister launcher configuration for its Hero-400EC system, which is being pitched for both land and naval platform integration.

With six loitering munitions in total, the system weighs 650kg (1,430lb) and can be integrated onto platforms such as armoured trucks. The company notes that the canister configuration also gives customers the capability to launch munitions from locations such as forward operating bases. 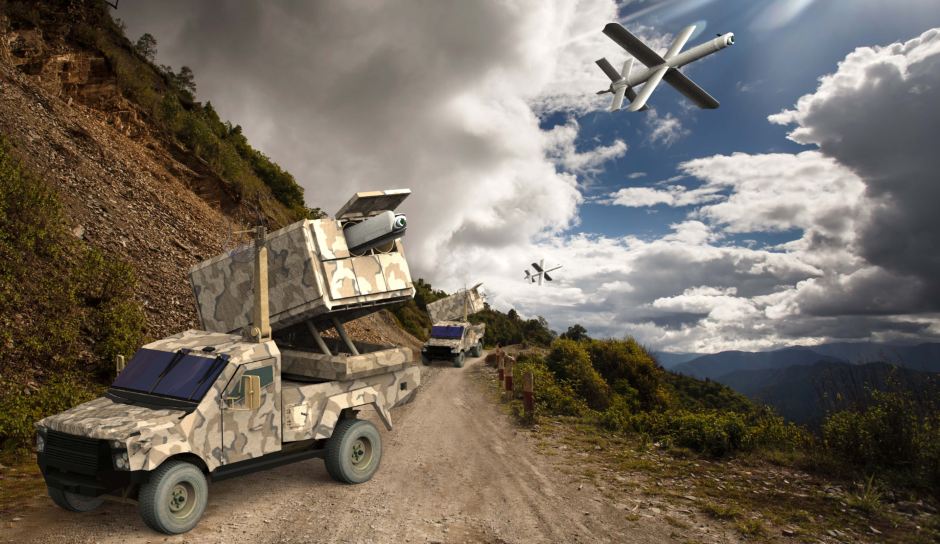 Since the system is modular, buyers can choose how many sealed canisters they desire for a selected platform type.

The 40kg Hero-400EC is electrically powered and guided by a nose-mounted electro-optical/infrared sensor, which allows it to locate, track and strike both static and moving targets. It features a multi-purpose warhead that includes concrete piercing, anti-tank and anti-personnel functions.

The munition has a mid-air abort capability, which allows operators to automatically place it back into loitering mode, before re-engaging a target. If an attack is not made, it can be recovered using a parachute.

UVision will also introduce a new configuration for its smaller Hero-120 solution; a 12.5kg loitering munition that can integrate a multi-purpose 3.5kg warhead. The weapon can strike targets including vehicles, structures and personnel, with the ability to loiter for over 1h, and with a range of 21.6nm (40km).

“We are constantly responding to urgent requirements from the field,” said Major General (Retired) Avi Mizrachi, chief executive of UVision. “The new, modular multi-canister launcher, as well [as] the new advanced edition of the Hero-120 were developed to answer those needs.”