Israeli sources have described the current activity over Syria as being a ”traffic jam” of unmanned air vehicles, with the number of types involved having increased since the Russian military became actively involved in the conflict.

Earlier in October, a Turkish air force Lockheed Martin F-16 shot down an unmanned air vehicle (UAV) that had entered the nation’s airspace from Syria. According to Turkish sources, the aircraft involved (pictured below) has been identified this as a model operated by Russia. 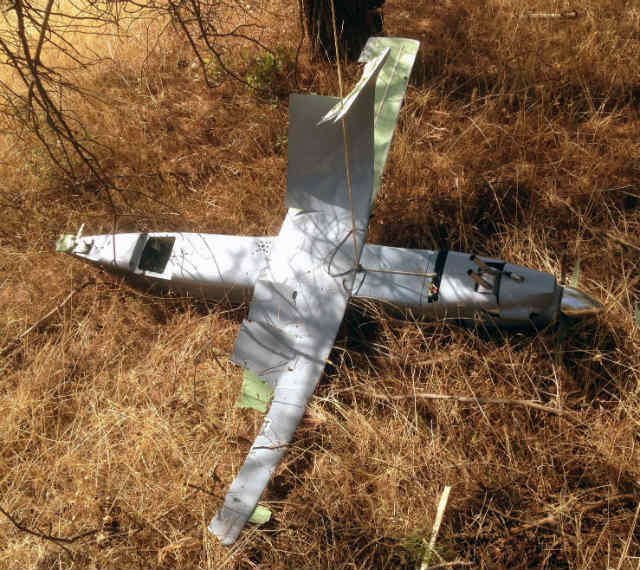 A Russian UAV that crashed in Syria last week has been identified as an Orlan-10, and some sources suggest that this was the same type downed by Turkey.

On 19 October, sources in Israel said that in recent days, Iran-made Ababil 3 UAVs also have been spotted in Syrian airspace. These could be operated by Hezbollah personnel based in Lebanon, or by Iranian units that have also been deployed inside Syria, they claim.

A ‘hotline’ has already been established between Moscow and Tel Aviv in a bid to avert incidents involving combat aircraft from the two nations, but it is not clear if the operation of UAVs is included in their accord.