US policy shift could open door for Israeli UAV sales

Israeli manufacturers could benefit from a decision by Washington to ease restrictions on the US defence industry's sale of armed unmanned air vehicles, although they are likely to face increased competition.

The Trump administration in mid-April announced that a new policy will allow US contractors to offer armed UAVs under direct commercial sale, rather than via the Foreign Military Sales mechanism.

"This change in policy is the beginning of a new era that has many unclear sections in it," an Israeli source tells FlightGlobal.

While Israeli companies and the nation's defence ministry decline to comment on the policy shift, another source notes that while it will "open a door" for exports. "This door will be blocked by many who want to get in," the source says.

Israel is not a signatory to the international Missile Technology Control Regime, which prevents the sale of large UAVs with heavy payload capacity, but adheres to its regulations. This requirement has, for example, seen Israel Aerospace Industries develop an export-specific Heron TP-XP product in pursuit of a sales opportunity in India. 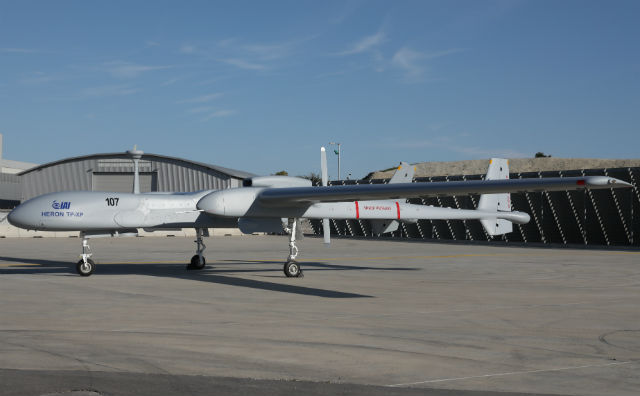