Israel's UVision has unveiled an extended-range version of its Hero loitering weapon system, with the 400EC design offering an increased flight endurance of up to 2h.

UVision says the Hero-400EC has a maximum take-off weight of 40kg (88.1lb), including a 10kg warhead. Its electric motor will enable the asset to be flown above a battlefield without being heard, allowing an operator to watch for emerging threats using its electro-optical/infrared sensor, the company says. 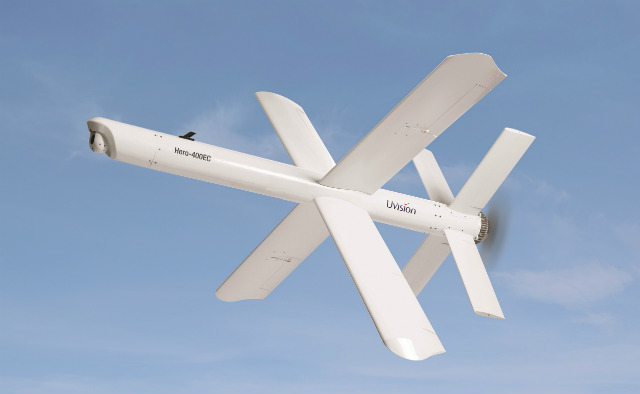 An abort capability allows automatic re-entry to loitering mode, before a decision is taken to re-engage the enemy, or return to and land in a recovery area using a parachute.

“The system is currently in an advanced stage of development, with customer demonstrations planned for later this year," says UVision chief executive Noam Levitt.