Israel's UVision will use the DSEi exhibition in London to detail the maritime capabilities of its Hero loitering munition system, which was unveiled at the Paris air show in June.

UVision will exhibit a new naval platform launcher for the Hero range of weapons during the 15-18 September event, in addition to a system which enables their deployment from land vehicles.

Six versions of the Hero weapon system have been developed, with the design offering a precision strike capability with low collateral damage and an operator in the loop who can abort a strike if required.

"With extremely low noise and thermal signature, these systems integrate highly advanced stabilised day/night cameras, and are ideal for deployment from air, land and sea," the company says. 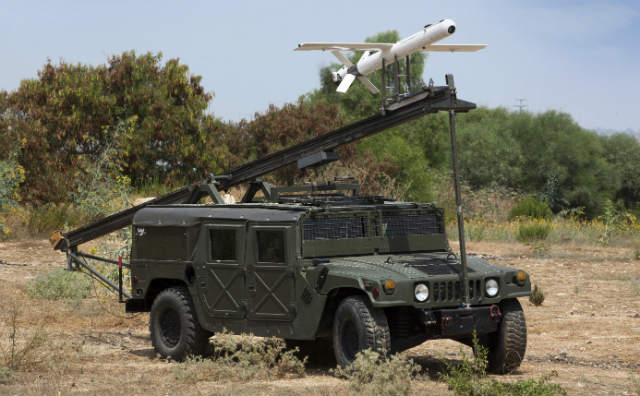