Japan’s Mitsubishi Heavy Industries is showing off a full-scale mock-up of the cabin of its proposed Mitsubishi Regional Jet (MRJ). MHI has been working on the possible launch of a 70-90 seat regional jet as a project within the country’s New Energy and Industrial Development Organization (NEDO).

The concept calls for the aircraft to have an all-composite airframe, the first of its kind in the regional jet market. The ultimate aim of the effort is to build and test an aircraft incorporating the new control and material technologies developed during the project. 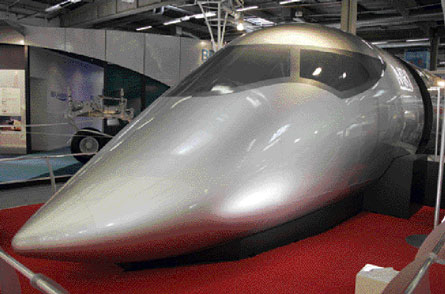 MHI has said it would like to launch the MRJ programme, with partners, next year with certification taking place as early as 2012. However it is under no illusions about what a tough task this could be. “Numerous challenges remain before the MRJ can be launched as a business leveraging the results of the NEDO R&D project,” it says. “These include not only the actual development, verification and confirmation of the requisite technologies, but also securing the necessary development funds.”
MHI is also a major partner on Boeing’s 787 Dreamliner programme, producing the composite wing box. In May it shipped the first wing box for the aircraft to the US. Boeing is preparing to roll out the 787 in July.