The Polish air force has received its first pair of modernised Sukhoi Su-22M4 strike aircraft from the WZL-2 depot in Bydgoszcz.

Following a decision early last year to keep the Soviet-era type in service for another decade, the aircraft are being equipped with new VHF/UHF radios, as well as having their cockpit instruments labelled with imperial units.

A first Su-22M4 to undergo the modifications was delivered to Bydgoszcz in February 2015, and after the verification of the airframe's technical condition and the installation of new equipment, it underwent maintenance and overhaul. 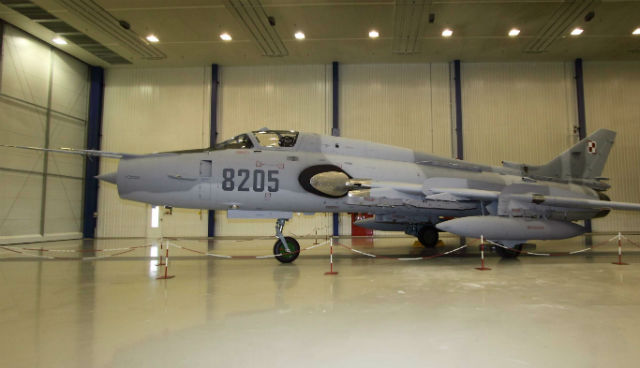 Test flights involving modernised aircraft were performed in late August and early September, and the first two have been returned to the Świdwin air base. Another four will be delivered by the end of this year, and eventually the air force will have 12 Su-22M4 strike aircraft and six Su-22UM3K. Each aircraft will have an approved remaining service life of 800 flight hours, or 10 years.

Another aspect of the modernisation is a new, two-tone grey camouflage on the upper wing surfaces and fuselage, with light grey underneath. The air force selected the scheme – which replaces a more colourful prior livery (below) – to match that used on its Lockheed Martin F-16C/Ds. 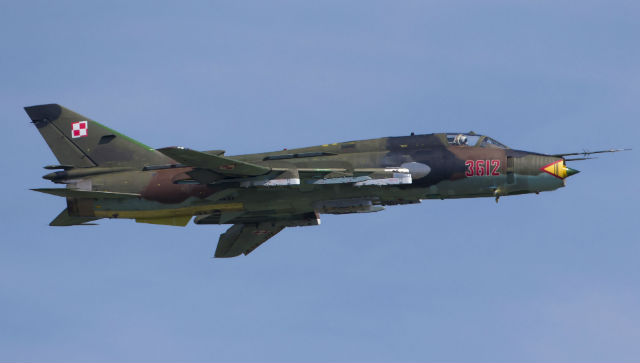