American Airlines claims that the unions representing its mechanics are promoting an illegal work slowdown, adding to the series of operational woes it already faces this year.

The Fort Worth, Texas-based carrier filed a lawsuit in US District Court seeking an injunction against the International Association of Machinists and Aerospace Workers (IAM) and Transport Workers Union (TWU) on 20 May. It alleges an organised work slowdown, citing various union communications and its internal operational metrics, that has cancelled and delayed nearly 1,000 flights since the beginning of the year. 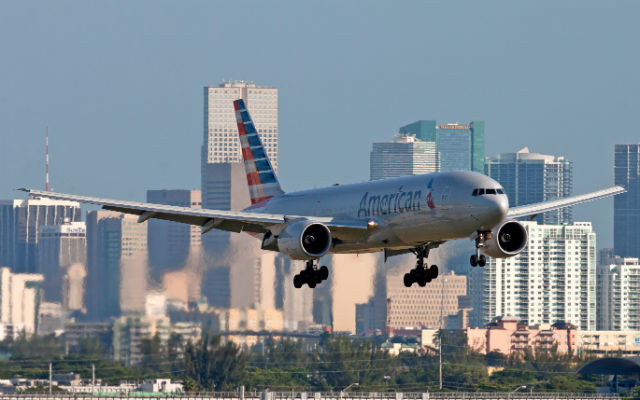 "Since the beginning of the year, there's been significant actions to slowdown the airline," says Robert Isom, president of American, at the Wolfe Research Annual Global Transportation Conference today. He calls the efforts an "illegal work action".

The airline claims the actions have cancelled roughly 644 flights and delayed more than 270 flights by more than two hours since 4 February in its lawsuit.

"There is no union-instituted slowdown," says John Samuelsen, president of the TWU. "The incompetence of American Airlines is responsible for many of the problems they're alleging."

Samuelsen says the airline has moved maintenance work offshore to South America, "demoralising" its own workforce.

American's suit comes as it and the IAM and TWU are engaged in mediated contract negotiations over a pact that would integrate the separate American and US Airways labour groups following the carriers' merger in 2013. Discussions began in 2015.

Pre-merger American historically did a lot of maintenance work in-house, while US Airways outsourced much of its maintenance work. American's current chairman and chief executive Doug Parker, as well as much of his senior management team, came from US Airways.

The airline's issues with the IAM and TWU are just the latest in dissatisfaction among its labour groups. Flight attendant and pilot unions have also been vocal about various issues their members have faced at the airline, including health concerns with new uniforms by the former and scheduling issues by the latter.

"The challenge we continue to focus on… is to work to create an environment that cares for our front-line team members," Parker told Airline Business in early 2018. "I think we've made enormous progress but it's hard enough to build trust in an organisation… when it's been destroyed – to rebuild it takes a lot more time."

Isom, speaking today, reiterates the difficulty to rebuild trust with employees in reference to the situation with its IAM- and TWU-represented workforce.

"I think the injunction will help. We'll get back to the table and get a deal done," he says on negotiations with the unions.

The TWU sees the suit differently. Samuelsen calls it an "intimidation" tactic to get the unions to accept a contract that they claim would allow American to outsource more jobs that the union thinks could negatively impact safety.

The alleged slowdown by mechanics is just the latest operational issue for American this year. Issues with the airline's "Project Oasis" retrofits to Boeing 737-800s forced it to cancel roughly 900 flights in March and April when 14 aircraft had to be removed from service for further modifications, and the 737 Max grounding forced it to cancel another 1,200 flights in the first quarter.

With the 737 Max expected to be out of service until August at the earliest, American forecasts around 15,000 flight cancellations this year as a result. It operated 24 737 Max 8s when the type was suspended in March.

In addition to operational issues, earlier this week Morgan Stanley downgraded American on concerns of significant labour cost increases, including from a new joint agreement with mechanics, over the next 18 months. Analysts forecast a 5-10% in labour expenses by end-2020 as contracts covering nearly 80% of the airline's workforce come up for renewal.

American has cancelled further Oasis modifications to its 737-800 fleet until 2020 due to the combined impact of the 737 Max grounding and the alleged work slowdown, says Isom. The airline has reconfigured 71 737-800s in the new 172-seat layout, up from its previous 160 seats.

Adding seats to existing aircraft is the "primary driver of growth" at the carrier, says Isom. With Project Oasis suspended, the 737 Max grounded and delays to its Airbus A321neo deliveries, American reduced 2019 capacity growth by half-a-point to a roughly 2.5% increase year-over-year in April.

The IAM was not immediately available to comment on the lawsuit.