Boeing chairman Dennis Muilenburg announced a $3 million aeronautics job training grant at a conference in Washington DC where he also discussed Boeing's goals for urban air mobility and his views on trade negotiations with China.

Muilenburg discussed the future of the US aerospace industry on 7 March at the US Chamber of Commerce Aviation Summit, prompted by questions from chamber president Thomas Donohue.

The grant awarded to Embry-Riddle Aeronautical University will address the growing demand for pilots and aviation technicians, Muilenburg says, adding it was a chance to expand science, technology, engineering and math training to veterans and people from diverse backgrounds.

US Secretary of Transportation Elaine Chao also voiced concerns about the projected need for more aeronautics workers during a speech earlier that day at the summit.

“The FAA Reauthorisation Act of 2018 includes programs to develop and aviation curriculum that can be included in high school STEM programs,” along with scholarships and grants to purchase equipment for schools, Chao says. “In North America alone, 206,000 new pilots and 189,000 new technicians will be needed over the next two decades.”

Donohue also asked Muilenburg about the Trump administration’s trade negotiations with China that could roll back tariffs. Boeing has “a seat at the table” during the negotiations and reports that there is “some progress” but “there is still hard work to do", says Muilenburg.

“China needs airlift capacity to fuel its economic growth,” Muilenburg says, adding that the country an important market for the Boeing 737. A new Boeing assembly and delivery centre in Zhoushan completed its first 737 aircraft in December, and “a third of the 737 aircraft built in the US go to China”, he adds. Muilenburg projects a global demand for 43,000 commercial airplanes during the next 20 years and China will need 7,700 of those aircraft.

China’s international trade is growing so “the time is ripe for these negotiations” about future agreements between the US and China, former FAA administrator Michael Huerta told FlightGlobal on the sidelines of the summit. 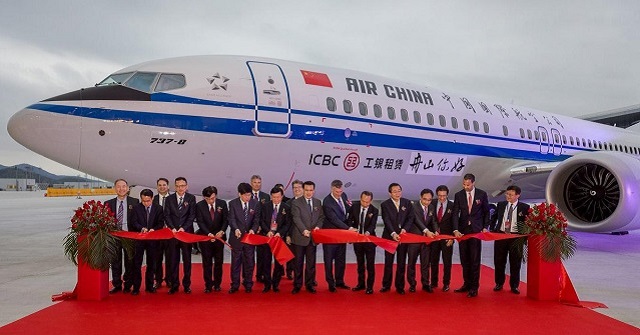 Donohue also asked Muilenburg about vertical takeoff and landing aircraft, or VTOLs, and the nascent transportation ecosystem known as urban air mobility. Muilenburg projected a market for “cargo and autonomous passenger aircraft” that will “happen faster than any of us think”.

The chairman mentioned the hovering test flight in January of the electric-powered aircraft called the Passenger Air Vehicle built by engineers at Boeing subsidiary Aurora Flight Sciences. Flights that transition the aircraft from vertical to forward flight will be the next challenge for the test flight team. The 30-foot-long by 28-foot wide Passenger Air Vehicle has eight vertical propellers for liftoff and a rotor at its tail to propel forward wing-borne flight with a range of 50 miles.

Boeing is partnering with Uber to eventually make the Passenger Air Vehicle available for aerial ride-sharing flights that ferry people between “skyports” in cities and suburbs through an Uber Air mobile application. Passengers in Los Angeles and Dallas/Fort Worth could be able to book the first air taxi flights in 2023, pending approval from the FAA.

Chao says the FAA “is working on a new internal process to handle new technologies that have cross-modal implications”.

Muilenburg says on the sidelines that Boeing is open to eventually building VTOLs that people could buy and park in their driveways, a step beyond its initial role as part of Uber’s vision for air taxi services that would sell tickets for individual flights.

“The market is wide open,” he says. 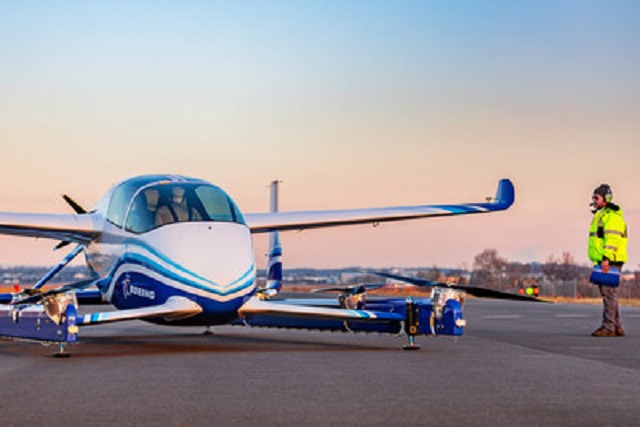