Sukhoi is debuting its "saberlet" winglets on the Superjet 100 at the Singapore air show as it flight-tests the upgrade ahead of certification and planned introduction next year.

Offered as both new-build and for retrofit, the winglets are designed to improve efficiency and take-off performance, says SCAC president Alexander Rubtsov. "On a typical 500nm [925km] flight we are forecasting in the ballpark of a 2.6% fuel saving." 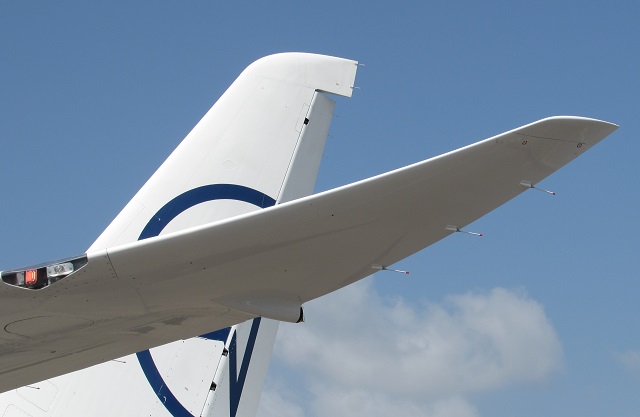 The winglets are key to securing approval for operations at London City airport's short 1,200m (3,900ft) runway. The airport also has steep 5.5-6 degree approach glideslope, for which Sukhoi is developing a new flap setting (30 degrees, instead of the normal 25 degrees) and flight-control software changes activated by a switch on the overhead panel (below). 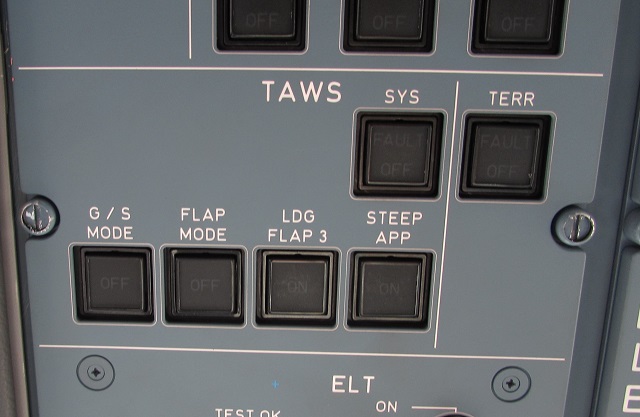 Rubtsov says 28 test flights have been completed with the saberlets since the first in December. He expects the flight-test programme will be "a few hundred hours".

SCAC is aiming to receive Russian certification for the saberlets and steep approach at the end of this year, with validation by the European Aviation Safety Agency following early in 2019. This will clear the way for deliveries to begin in the second quarter of next year.

With 120 Superjets in active service worldwide, SCAC aims to offer the upgrade as a retrofit, says Rubtsov. A decision is yet to be made on whether the winglet will be first introduced as a retrofit or on new-build Superjets.

Aeroflot has 40 Superjets in service, plus 10 on order, and an official offer will be made to the airline during February for a retrofit programme, he adds.

"We are also offering it to CityJet because it was the customer that originally wanted this winglet option to be realised," Rubtsov adds.

Irish regional carrier CityJet, which has six Superjets in service, intends to use the aircraft on London City flights.

Rubtsov says the winglets, which are made of composite material, will be offered in shipsets which include wing-plates required to strengthen the wing, and have an overall weight penalty of around 200kg. The retrofit kits will cost "a few hundred thousand dollars per shipset", and he expects installations to take less than a week once experience has been built up undertaking the work.