Emirates is probing a maintenance accident involving one of the carrier's Airbus A380s which received substantial damage during a routine check.

The accident occurred on 20 August, the Dubai-based airline tells FlightGlobal.

Emirates says the aircraft was undergoing an A-check on the jet at the time.

It has given few details on the circumstances but says there was "an incident" when its engineering team was carrying out the work.

"All our employees are safe and unhurt," the airline stresses.

Images circulating on social media purporting to have been taken at the scene show an A380 resting on its open nose-gear doors, having apparently dropped to the ground.

The aircraft has sustained damage to its radome, the upper half of which appears to have separated, while the gear doors and surrounding fuselage underside are badly deformed. The status of the nose-gear itself is unclear.

Although the forward left-hand main-deck door is absent, there is no indication as to whether it was removed before or after the accident. The extent of any other possible damage to the aircraft has not been confirmed.

"We are investigating the cause internally," says Emirates. "Safety is our number one priority, and we follow stringent safety and technical standards." 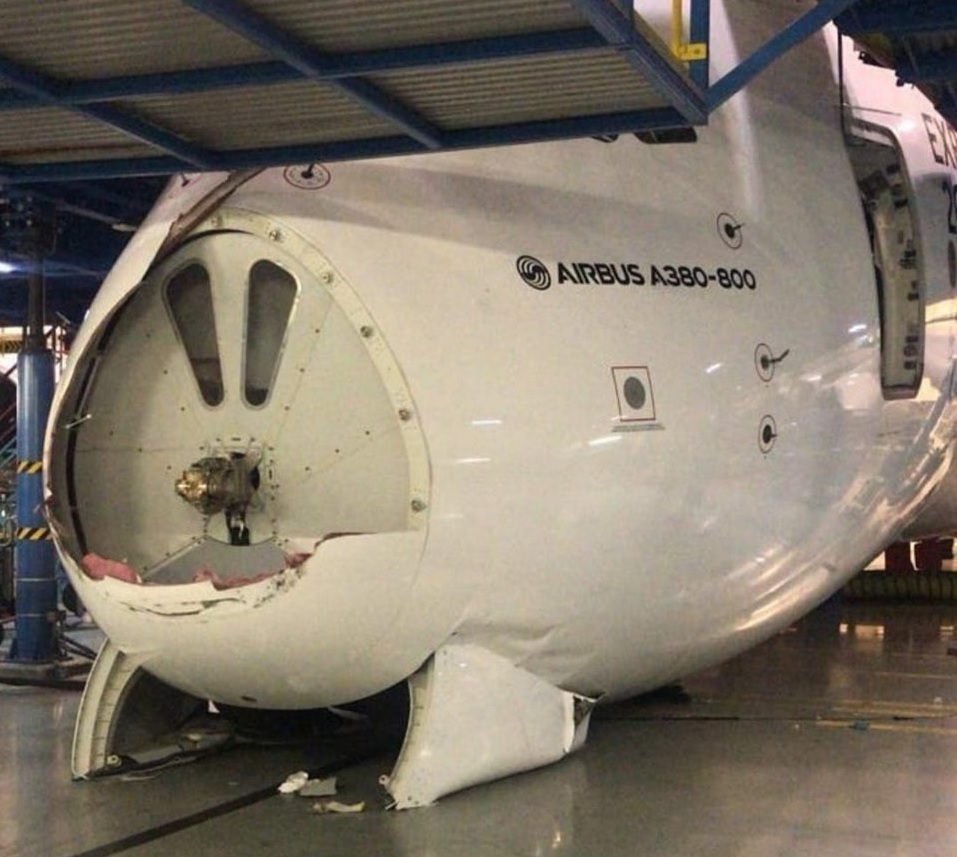