Portuguese investigators have found that an Embraer 190’s aileron cables had been incorrectly rigged before a ferry flight during which the pilots experienced severe in-flight control problems.

The Air Astana aircraft had undergone scheduled maintenance at the OGMA facility at Alverca do Ribatejo before its departure for Almaty, via Minsk, on 11 November last year.

But its crew struggled with serious instability almost immediately after the aircraft took off, with abnormal attitudes, oscillations, momentary losses of control, and high structural loads during recovery manoeuvring.

Portuguese investigation authority GPIAA has released a simulation image obtained from flight data showing the aircraft in a left roll exceeding 90° despite the yoke being turned hard to the right, illustrating the problems with which the pilots had to cope.

Adverse weather conditions, intense g-forces, and continuous alerts from the cockpit systems added to the complications. Such was the severity of the situation that the crew sought headings to fly out to sea, in order to ditch the aircraft. 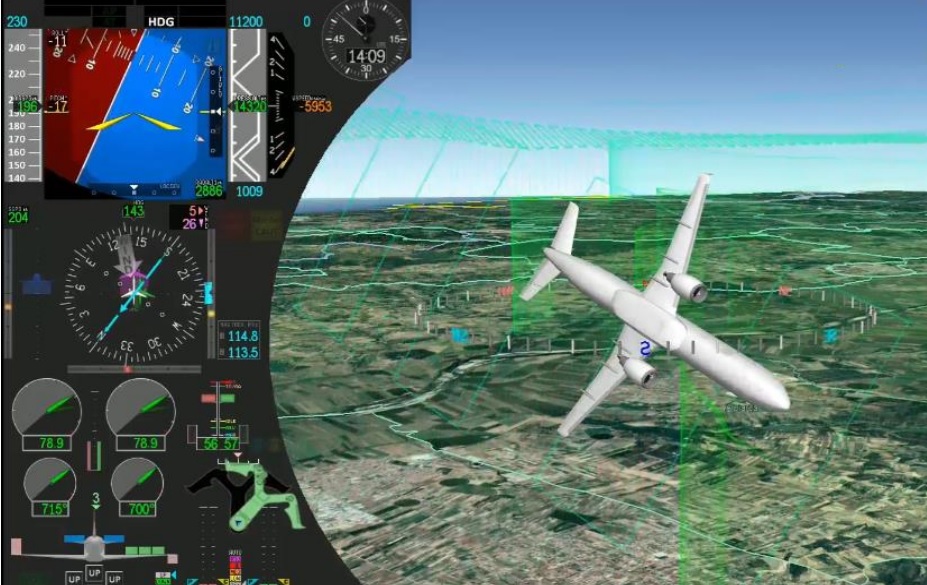 Sufficient control was eventually regained to enable the crew to divert to Beja airport, where the jet landed on its third attempt after aborting two unstable approaches.

GPIAA says that a detailed examination of the E190 confirmed an “incorrect ailerons control cable system installation” on both wings.

The pilots’ yokes on the type are connected, through cables, to hydraulically-powered control units which move the ailerons.

GPIAA says an inversion of the cables occurred between wing ribs 19 and 23.

It states that the E190 had been modified through a service bulletin which changed a support through which the cable system passed.

“There was no longer the cable routing and separation around rib 21,” says the inquiry, and this resulted in maintenance instructions becoming “harder to understand”.

Although a “no dispatch” message, mentioning the flight control system, was generated during the maintenance activity, leading to 11 days of additional investigations by the servicing personnel and Embraer, these actions “did not identify” the reversal of the aileron cables, says the inquiry.

It adds that investigation has turned up “deviations” to internal procedures by the maintenance organisation which meant the cabling error was not detected by various safety mechanisms before the aircraft was dispatched.

Nor was the incorrect operation of the ailerons noticed during flight-control checks by the crew.

The six occupants of the aircraft – a captain and two first officers, plus three airline technicians – were all “physically and emotionally shaken” by the subsequent in-flight upset, but escaped serious injury.

GPIAA says the aircraft suffered “significant” structural damage to both wings, the fuselage and the flight-control surfaces, sufficient for it to formally reclassify the event as an accident.

OGMA has embarked on an action plan to eliminate the procedural deficiencies discovered in the course of the investigation, while Embraer is updating maintenance documentation in relation to flight controls.

Investigators released the aircraft (P4-KCJ) back to Air Astana on 21 January this year, and the airline has been evaluating options for the airframe.

GPIAA is continuing with the investigation in order to complete its analysis of the circumstances of the accident, and publish any relevant safety recommendations.