Rolls-Royce will not 'waste' more time on Brexit: chief

UK engine maker Rolls-Royce has "wasted" enough resources on Brexit preparations in drawing up contingencies for a potential no-deal departure from the EU, in the view of chief executive Warren East.

"Brexit has wasted a huge amount of a lot of people's time over the last several months. And it is not going to waste any more of our time," East said during a financial results briefing on 28 February.

He says R-R spent a "long time" making no-deal preparations and that the company is now as "ready as we can be" for such a scenario.

"Obviously, we have to operate our business on 30 March [the day after the UK's scheduled departure date] whatever happens," he says.

R-R has built up "necessary" buffer inventories to ensure material supplies in the event of customs-related hold-ups, and transferred job functions – albeit no actual jobs – relating to regulatory approvals over to its German site at Dahlewitz, near Berlin.

In 2018, R-R disclosed that it was considering a move of its design approval processes for large engines from its Derby headquarters to Dahlewitz in order to keep regulatory activities within the jurisdiction of the European Aviation Safety Agency. 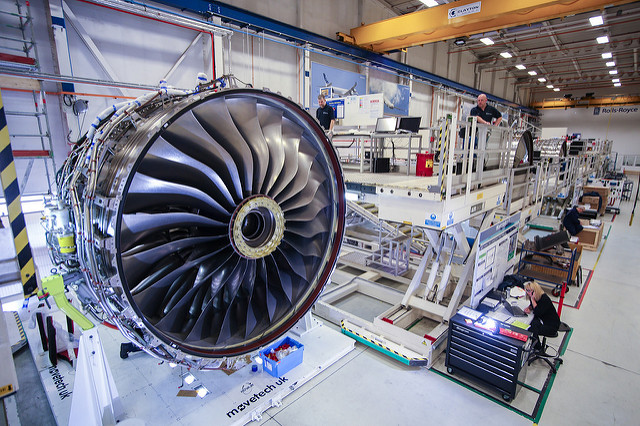 Having a multitude of suppliers represents a risk to assembly lines

East notes, however, that there remain risks arising from the Brexit preparations of R-R's suppliers.

"We have spent a lot of time making sure that we have asked our suppliers and challenged their answers. But at the end of the day, one of those engines takes an awful lot of parts, and it takes one of those parts not to be there for the engine not to [be delivered]," he says.

Meanwhile, East expresses confidence that flight disruptions between the UK and EU as a result of Brexit would not materially affect R-R's business.

Since the manufacturer produces engines for long-haul aircraft, and intra-European air traffic is typically operated with narrowbody types, R-R is "not exposed to that risk", he says.