NASA has awarded a contract to Lockheed Martin to study the feasibility of building a hypersonic propulsion system for a concept intelligence, surveillance and reconnaissance (ISR) aircraft dubbed the SR-72 using existing turbine engine technologies.

A spokeswoman for Lockheed’s Skunk Works development laboratory declined to comment on the contract award.

The SR-72 is envisioned as an unmanned, reusable hypersonic ISR and strike aircraft capable of Mach 6.0 flight, or nearly double the speed of its predecessor, the SR-71 Blackbird. 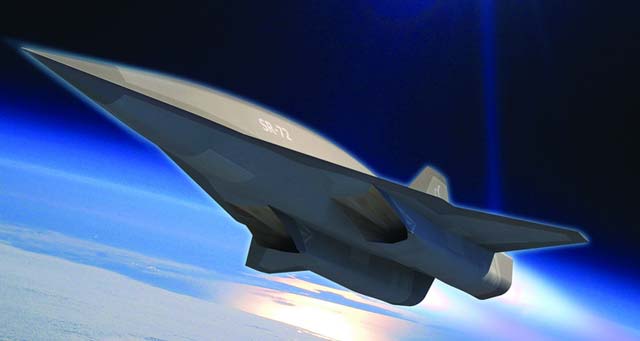 NASA is funding the validation of a previous Lockheed study that found speeds up to Mach 7 could be achieved with a dual-mode engine that combines turbine and ramjet technologies, says Paul Bartolotta, a senior aerospace engineer at NASA Glenn Research Center who specialises in hypersonic propulsion.

Skunk Works was responsible for developing the SR-71 Blackbird, which was able to achieve M3.2 with specially designed Pratt & Whitney J58 engines. The powerplants were able to function as a low-speed ramjet by redirecting intake air around the engine core and into the afterburner past M2.5.

Potential adversaries are working on technologies to counter US air force fighter and bomber stealth capabilities. The service sees hypersonic vehicles as the next logical step in that arms race.

The US Air Force has a hypersonics roadmap that envisions fielding a hypersonic strike weapon, to succeed the X-51 Waverider proof-of-concept demonstration. The Waverider successfully launched from a B-52 and was powered to M4.8 by a booster rocket. The X-51 then accelerated to M5.1 after igniting its ramjet engine.

The roadmap envisions a follow-on programme calling for a reusable unmanned aircraft with M6.0 speeds. At that speed, intelligence can be gathered or weapons delivered before enemy air defenses are even alerted.

Both AFRL and the Defense Advanced Research Projects Agency (DARPA) have been after a low-speed ramjet for years. The agencies’ HTV-3X programme demonstrated that a ramjet that could operate below M3.0. That inspired Lockheed to partner with Aerojet Rocketdyne to develop a way to use off-the shelf engines like the F100 or F110 for short bursts of acceleration beyond M2.2 in an attempt to close the gap between the two propulsion technologies. 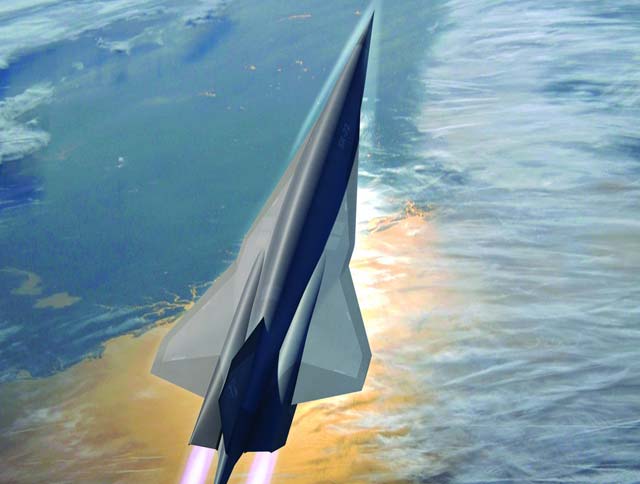 “This study is asking whether we can use existing technologies to create a dual-mode ramjet that in theory can light up at Mach 2 to 2.5,” Bartolotta says. “The key to this whole effort is whether we can do it and finding the required technologies so we can plan for a programme in which we can spend some major dollars.”

The problem with hypersonic propulsion has always been the gap between the highest speed capability of a turbojet and the lowest speed of a ramjet. Most ramjets cannot achieve ignition below M4.0. Turbine engines typically can accelerate to only M2.2, below speeds at which a ramjet could take over and continue acceleration.

“We’re looking for a turbine-based combined system where at low speeds you have a turbine providing power, then at higher speeds a ramjet or scramjet takes over,” he says. “We want to be able to go up to Mach 7 then transition back to the turbine to land it on a runway and recover it. The problem is how you can get the vehicle to fly fast enough to ignite the DMRJ and then have the DMRJ take over.”

NASA is considering several existing turbofan engines for use in the project, including the Pratt and Whitney F100-PW-229 that powers both the Boeing F-15 and Lockheed Martin F-16, among other aircraft. The General Electric F414 used by the Boeing F/A-18E/F Super Hornet also is being studied, along with the supersonic turbine engine for long range (STELR) engine conceived by the Air Force Research Laboratory (AFRL).

If the study is successful, NASA wants to fund a demonstration programme. Lockheed would test the dual-mode ramjet in a flight research vehicle, and try to find solutions to issues like engine packaging and designing the thermal management system, Bartolotta says.

“We’re doing this at a lower Mach number so we need to figure out what are the issues for cocooning the turbine, what do we need to do to reignite that turbine once we come down from hypersonic speeds,” Bartolotta says.