On 19 December, the high-flying unmanned aircraft took off from a site in Palmdale, California, and flew to nearby Edwards AFB, Northrop says in a statement.

The programme milestone comes six months after the aircraft was unveiled at a ceremony at Northrop’s Global Hawk plant in Palmdale in June. 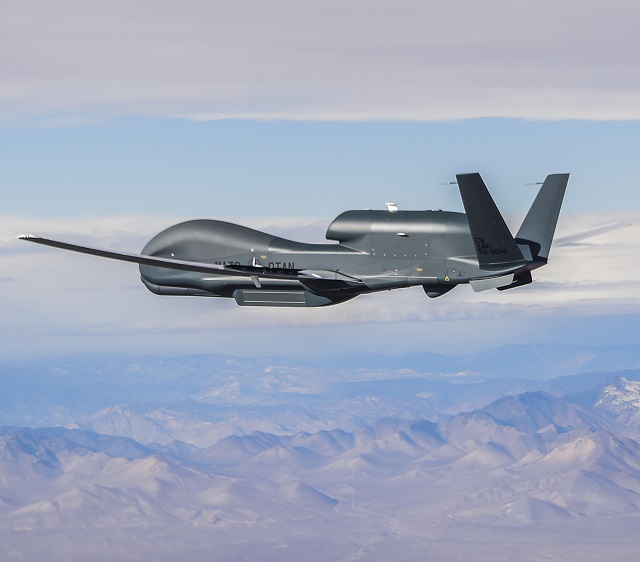 NATO-1 in flight testing on 19 December over Palmdale, California.

The aircraft is one of five being delivered to NATO, and will eventually be based at Sigonella air base in Sicily, Italy. Initial operational capability has been planned for late 2017, with the full capability due the year after.

Northrop had expected first flight by year’s end, and now the aircraft will continue its test and certification campaign in Palmdale ahead of delivery to NATO.

NATO once considered buying its own JSTARS aircraft, but decades of indecision resulted in it opting for the Global Hawk-based option back in 2012.

Based on the RQ-4 Block 40 operated by the US Air Force, the NATO version adds maritime modes and a transportable ground control and intelligence-gathering segment produced by European industrial partners such as Airbus, Kongsberg and Selex ES.

Fifteen nations are contributing to the acquisition, with America providing about 40% of the cost. 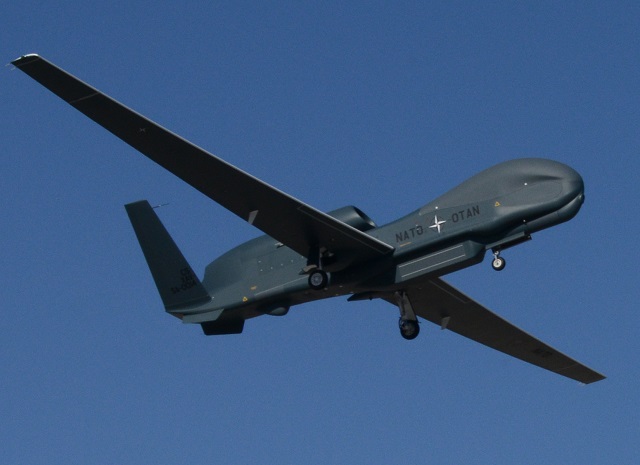 Delivery of the next four AGS aircraft is expected in quick succession, making way for production of South Korea and Japan’s Global Hawks.

In total, 28 nations have pledged to support day-to-day operations of the aircraft once deployed. The programme provides a shared, common capability – similarly to the alliance’s Boeing E-3 Sentry airborne early warning and control operations.

The company has had some success proliferating Global Hawk as the surveillance system matures, with South Korea and Japan buying their own versions, while the US Navy and Australia procure the MQ-4C Triton specifically for maritime patrol.

The aircraft is mainly automatic when pre-programmed and can operate for up to 30h non-stop at approximately 60,000ft. 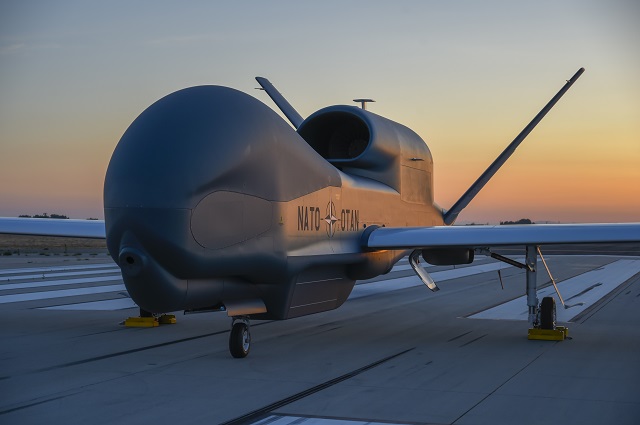 The first AGS air vehicle was unveiled in June.