The Royal Netherlands Air Force's 322 Sqn will become the service's first operational unit to fly the Lockheed Martin F-35, after converting to the type from the Lockheed F-16.

Also currently located at Leeuwarden air base, 323 Sqn will end its operational duties with the F-16 on 1 November 2014. The unit will be relocated to the USA to take part in the F-35 programme's initial operational test and evaluation (IOT&E) phase, established alongside US and UK squadrons at Edwards AFB in California from 2015.

Lockheed has already delivered two conventional take-off and landing F-35As to the Royal Netherlands Air Force in the USA, to support the nation's involvement in IOT&E activities. Maj Laurens Jan Vijge in December 2013 became the first Dutch pilot to fly the type, from Eglin AFB in Florida. 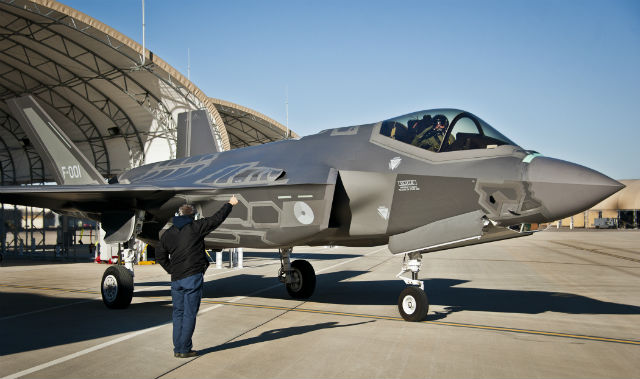 Meanwhile, the Dutch defence ministry has announced that the three Agusta-Bell AB412 search and rescue helicopters flown by its 303 Sqn will be retained in service until 1 January 2015 – one year longer than previously planned. The decision stems partly from the delayed introduction of the replacement NH Industries NH90.