INSIGHT FROM BOMBARDIER: LCY - How a leader in short-haul trips can be a long haul leader 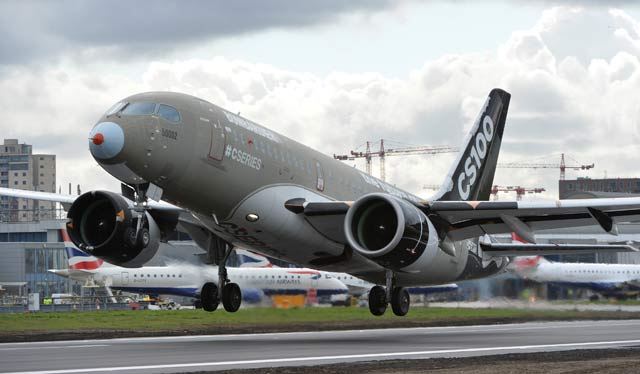 With easy accessibility, streamlined security clearance and a short check-in, London City Airport (LCY) is a favorite with frequent fliers. With only 500,000 square meters in size as compared to Heathrow’s 12 square km space, travelers can go from check-in to the departure gate in less than 15 minutes. It’s no small wonder that LCY was crowned Airport of the Year by the London Transport Awards in 2017. Located in the heart of the city, operators at LCY include Cityjet, Lufthansa, Flybe and Swiss, as well as British Airways, which conducts the bulk of the flights. 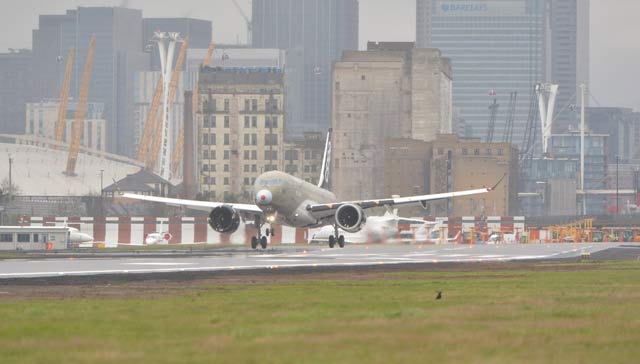 In addition to serving winter and summer holiday destinations, 50% of the traffic at the airport is business related. Almost exclusively, LCY offers short-haul flights to destinations across Europe and has an extensive route map in the UK, with flights to Edinburgh, Dundee, Cardiff and Exeter. The one exception to these short haul departures is the British Airways flight to JFK, which has to stop in Shannon, Ireland to refuel before continuing on. 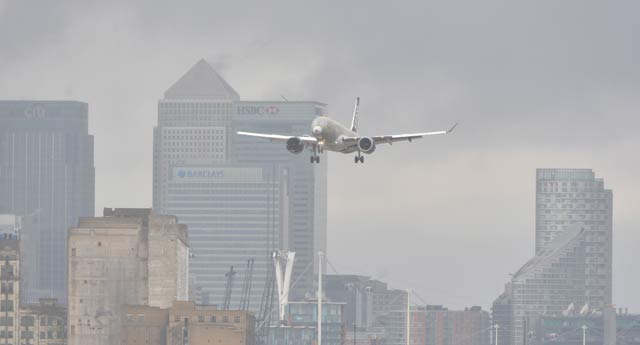 What’s stopping more direct flights to longer haul destinations and what’s preventing LCY from serving more regions? To begin, London City airport requires special certification due to its location in the city’s center. Approaching aircraft have to navigate between skyscrapers and land on a runway that is just 1,500 meters long, which is half the length of Heathrow. What’s more, according to the International Air Transport Association (IATA) passenger demand is expected to double over the next 20 years, going from 3.8 billion air travelers in 2016 to 7.2 billion in 2035. Europe alone is expected to add 570 million passengers a year. In the London area, this means that existing airports that are already congested and slot-restrained will have an even more difficult time accommodating the increased traffic. This calls for new aircraft with steep approach ability, short airfield capabilities, and longer range that will enable new destinations for LCY that other London airports cannot. At the same time, this solution would mean big rewards for other challenging airports around the world. 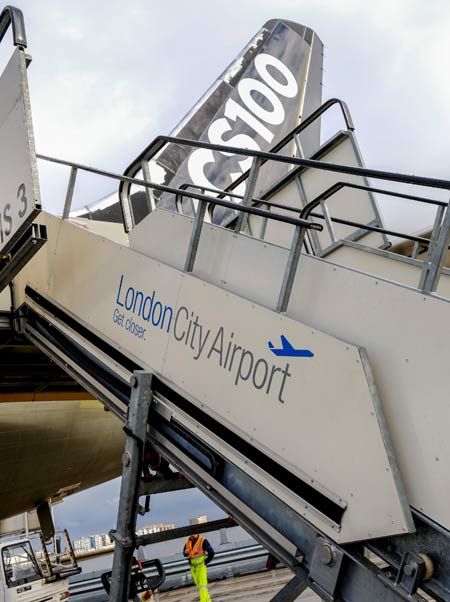 While many aircraft already have been certified for LCY’s challenging 5.5-deg. steep approach and have the ability to handle its short runway, that still doesn’t answer the demand for greater range. However, the arrival of the C Series is changing the playing field by increasing opportunities for LCY in two significant ways: First, it doubles the range that can be flown from LCY. Secondly, the excellent airfield performance of the C Series allows it to take off and land on the airport's short runway and others like it around the world. With the perfect combination of steep approach, short-airfield capability and longer range, the C Series will open new opportunities for LCY. Additionally, because the C Series offers the lowest noise level of any commercial jet, LCY can accommodate more aircraft while meeting its noise restrictions and minimizing local noise.

Connecting with the Future

With aircraft that can meet the challenges of LCY, airlines operating out of the airport could open new routes, which in turn, would increase LCY’s revenue and expand its operations. For example, in a two-class configuration, the C Series has a range of 2,200 nm. From London City it can fly to cities as distant as Moscow or Reykjavik. In 40-passenger, all-business configurations, it can reach North America, nonstop. At last year’s Farnborough International Airshow, Declan Collier, London City Airport CEO, expressed the advantages this new aircraft offers to airports like LCY as follows. “The C Series will help LCY support accelerating growth by offering airlines 25 percent more capacity while using the same number of takeoff and landing slots.”

Swiss International Air Lines will begin to fly the CS100 out of London City later this summer. The rise of new aircraft that address challenging airports like LCY is a major benefit for out of the way airports in regions around the world too because they will have more access to more destinations and will be able to add smaller airlines to their schedule. LCY will be able to strengthen its positioning in the region as a prominent Europe Hub. All of which means that travelers will have more options than ever in getting to their destinations of choice. Is the C Series the future of LCY? Only time will tell.