Thai Airways has taken delivery of its first of 12 Airbus A350s.

It will initially be assigned to a regional route between Bangkok and Chiang Mai. Thereafter, the aircraft will be deployed on long-haul services to Melbourne in Australia. 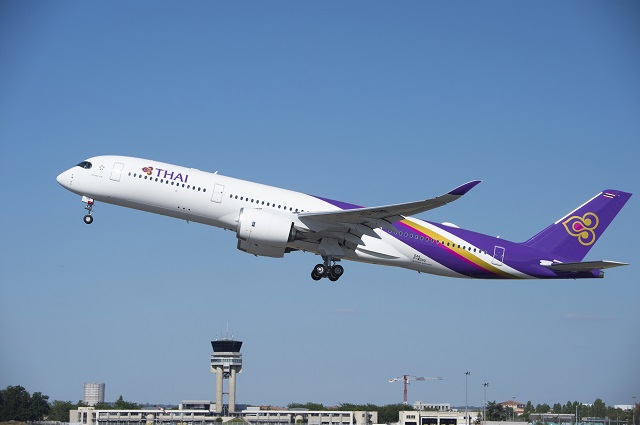 Four of the Thai flag carrier's A350s are being purchased directly from Airbus, says the manufacturer, and the other eight leased.

Flight Fleets Analyzer indicates that CIT will lease a second A350 to the Star Alliance airline, while six will come from Kuwaiti lessor ALAFCO.