Northrop Grumman has responded to US Air Force interest in an infrared search and track (IRST) capability for its F-15C Eagle by unveiling OpenPod, a reconfigurable sensor pod which the company says is already being flight tested on a tactical military aircraft. Northrop’s system would employ an IRST produced by Italy’s Selex ES, owned by Finmeccanica.

The front end of the rail-mounted pod can be swapped out between sorties to host either an IRST, light detection and ranging (LIDAR), targeting, or communications payload.

James Mocarski, Northrop’s vice president of airborne tactical sensors, says OpenPod is the company’s answer to an unspecified air force sources-sought notice for an IRST system. It could also host the air force’s planned Maps System, a capability that will allow F-22s and F-35s to exchange tactical information with legacy fighters, he says. 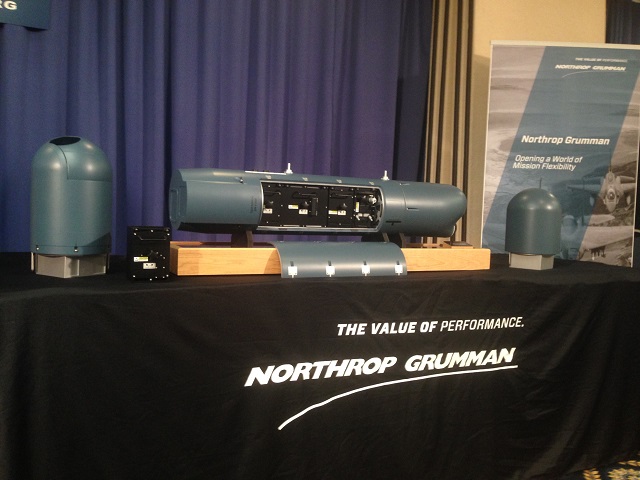 The air force’s F-15 division has formally expressed interest in a production-ready IRST capability for fielding in 2018, and in a longer-term development effort that would acquire a more advanced system in the 2020 time frame. The sensor would allow legacy, fourth-generation aircraft to “detect, track, target, and engage threats in radar denied environments.”

Northrop’s OpenPod would will compete against Lockheed Martin’s Legion Pod, unveiled in February. Legion Pod is a derivative of the company’s IRST21 sensor for the US Navy F/A-18 Super Hornet.

Lockheed intends to qualify the Legion Pod on the F-15 and F-16 with test flights planned this spring and into 2016. Mocarski declined to name any specific aircraft type for Northrop's product, but the F-16 and F-15 would be ideal candidates. 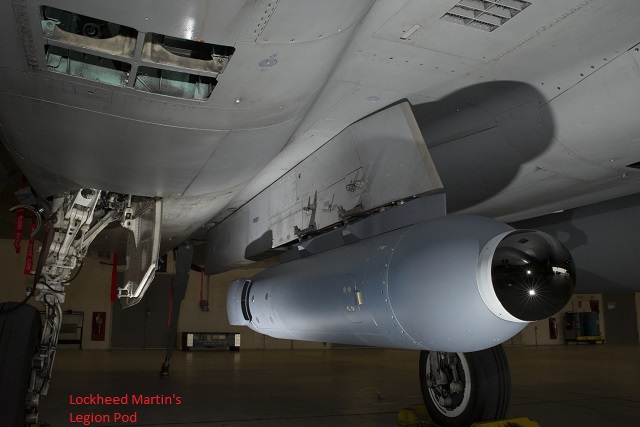 “We believe that there’s a growing requirement for infrared search and track across the entire industry and around the world. Our offering would be available to any upcoming competitions, but this is the first.”

Northrop says OpenPod could host new targeting pod capabilities through the company’s long-standing relationship with Israel’s Rafael on the development and sale Litening G4. Rafael’s latest Litening design is due to become operational next year.

“The OpenPod is an upgrade path we have for Litening,” Mocarski says. “We remain committed to Litening as a product, we remain committed to our partnership with Rafael. It’s been a long-lasting relationship and we see this as the next step in Lightning development. It offers a lot of opportunities to continue to evolve and improve that product with even better capability and higher-performance sensors.”

OpenPod weighs 500lb and is designed to Northrop’s open architect standards. Host platforms could include bombers, unmanned aerial vehicles or even cargo aircraft like the Lockheed C-130 and Boeing C-17. 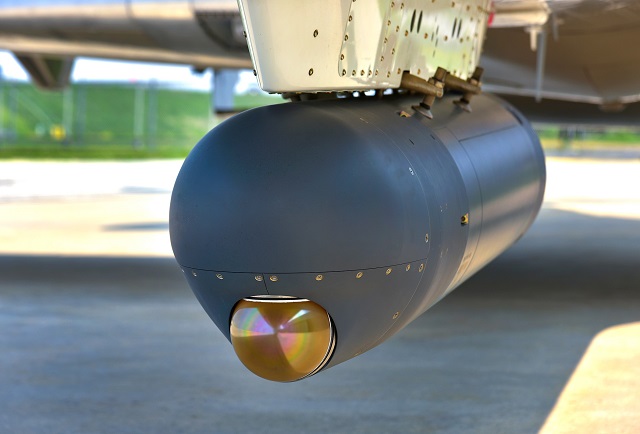