The nose landing gear of a Southwest Airlines Boeing 737-700 collapsed up and into the forward fuselage during a 22 July accident on landing at LaGuardia Airport, the US National Transportation Safety Board (NTSB) says.

The agency's first statement from the scene of the crash of Flight 345 also notes that the collapsed gear damaged the electrical equipment bay located beneath the flight deck. 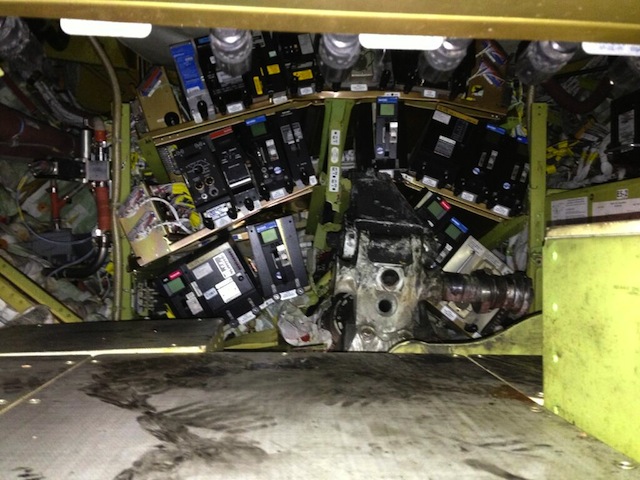 The fuselage also sustained damage from sliding 663m (2,180ft) with the nose gear collapsed down runway 4, the NTSB says.

Investigator-in-Charge Dennis Jones is just beginning the board's investigation of the accident. Both the flight data recorder and the cockpit voice recorder have been shipped to the NTSB's laboratory in Washington DC for analysis.

Jones' investigative team also will conduct interviews with crew members and witnesses of the crash, which occurred at 17:45 following a 1h51min flight from Nashville, Tennessee. 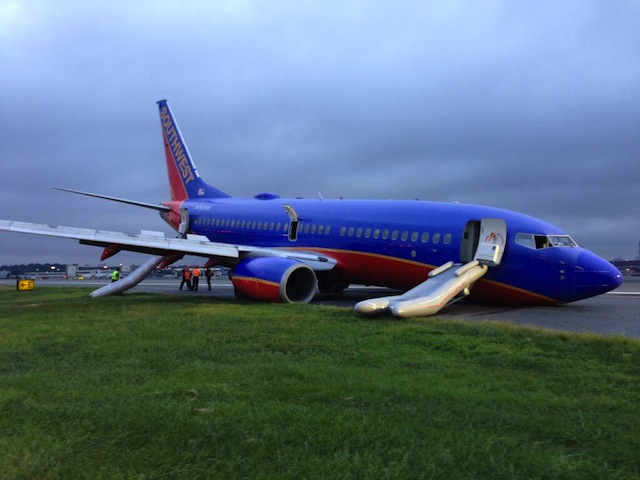 The NTSB now says that nine people received minor injuries, or one more than confirmed on 22 July by Southwest Airlines.

Southwest Airlines has confirmed that the 14-year-old aircraft was last inspected on 18 July.

(All photos courtesy of NTSB.)