The US National Transportation Safety Board (NTSB) today released an image showing the melted and charred remains of the lithium-ion battery that caught fire on board a Japan Airlines Boeing 787 last week at the Boston Logan International airport.

After triggering a broad safety review on the 787 by the Federal Aviation Administration, the 42.3cm (19in)-long, 25.9cm-high box is also the focus of a tri-national investigation involving US, Japanese and French aviation safety investigators, the NTSB says.

The box will be dissembled this week for inspection at the NTSB Materials Laboratory in Washington DC. It has already been examined by X-ray and compared against a similar radiographic image of an undamaged battery, the NTSB says. 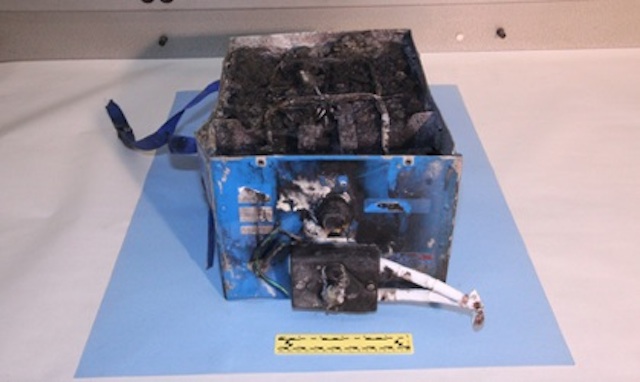 The NTSB also will inspect other components to find clues about how the battery malfunctioned, including burned wire bundles and the battery's charger.

Japan Airlines continues to operate 787s around the world one week after the incident in Boston. The lithium-ion battery that feeds the auxiliary power unit exploded after passengers deplaned, igniting a small but intense fire that caused severe damage to the electrical compartment where the battery was stored. 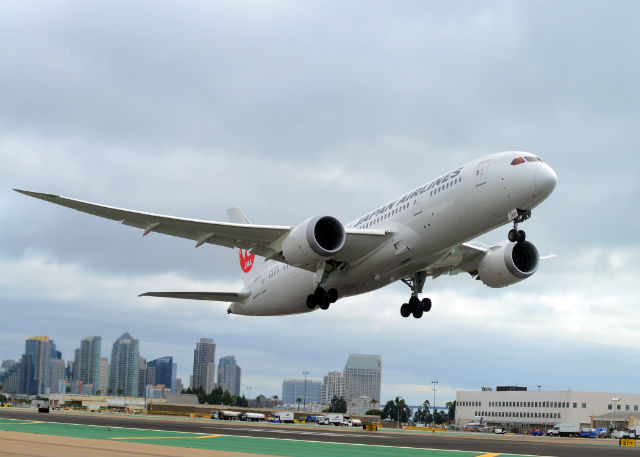 The NTSB's latest update on the investigation revealed no clues about the cause of the battery fire, but offered a new glimpse of the intensity required to extinguish the subsequent fire.

The blaze was contained by spraying a non-reactive agent called Halotron, the NTSB says. But the efforts of fire and rescue personnel were apparently hindered by the installation of the battery in the aircraft.

"They reported experiencing difficulty accessing the battery for removal during extinguishing efforts," the NTSB says.