Three weeks since the departure of ill-fated Malaysia Airlines flight MH370 from Kuala Lumpur, investigators have yet to identify or retrieve a single item of debris from the Boeing 777.

The latest search region is based on a reassessment of aircraft performance and assumes a 400kt cruise to the southern Indian Ocean.

Malaysian investigators have not detailed the assumptions made in order to calculate the new search area, around 1,680km west of Perth.

But Department of Civil Aviation director general Azharuddin Abdul Rahman said, at a briefing on 28 March, that Boeing had looked at MH370’s performance data after take-off in order to refine conclusions on the aircraft’s probable course. 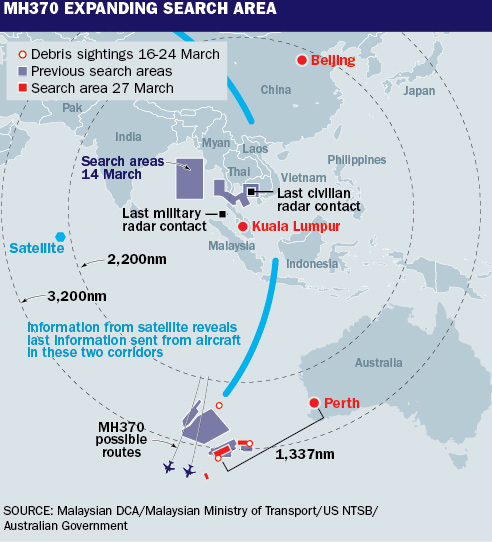 The analysis, which took into account surveillance data as the jet deviated from its course to Beijing on 8 March, suggests that the 777 burned more fuel than initially estimated.

This has led investigators to consider that the jet might not have had the range to reach the previous search zone, but rather a point further east along an arc demarcated by the transmission of a satcom check-in message at 08:11 Malaysia time.

Despite the shift in the search area, Malaysia’s acting transport minister, Hishammuddin Hussein, says it could “still be consistent” with previous potential debris sightings from satellites. 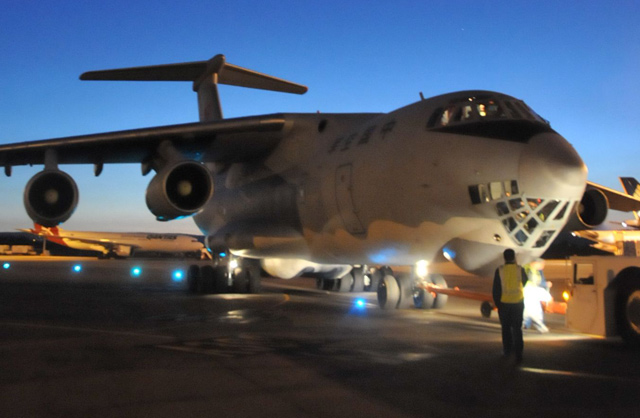 Initial sorties in the revised region have turned up sightings of “multiple objects of various colours” by five search aircraft, says the Australian Maritime Safety Authority.

But photographs of the items have yet to be examined. One of the Royal New Zealand Air Force’s Lockheed P-3 crews reported light-coloured objects and a Royal Australian Air Force P-3, having located the same debris field, reported two floating blue-grey rectangular objects.

In a separate region, 546km away, another RAAF P-3 crew saw “various objects of various colours”, says AMSA. Vessels are being directed to find the items.