Onboard connectivity to future proof aircraft

With strong demand for in-flight connectivity in the business aviation market now a given, providers are moving to the next stage of development. This involves extending the list of aircraft types on which onboard internet can be installed, expanding its capabilities beyond web-surfing for passengers and ensuring systems are future-proofed to keep pace with rapidly evolving technology.

Most of the major in-flight connectivity players, on both the air-to-ground (ATG) and satellite sides, talk enthusiastically about going after the smaller business jet and turboprop market, and about the potential for high-speed in-flight broadband to usher in a wealth of operational benefits.

Satcom Direct believes its technology-agnostic SD Xperience portfolio, which it describes as a "one-stop shop" for business aviation in-flight connectivity services, puts it in a strong position to cover all of these bases. Under the SD Xperience umbrella, Satcom Direct has grouped all of the connectivity services it offers – which include rival satellite-based products from Inmarsat, Intelsat and ViaSat, as well as SmartSky Networks' soon-to-launch 4G LTE ATG service – to provide supermarket-style choice to operators, based on their individual requirements.

The latest addition to SD Xperience, Intelsat's FlexExec Ku-band business aviation solution, entered commercial service on 2 April. It is available on the Dassault Falcon 7X and the Gulfstream GIV, G450 and G550. Satcom Direct offers a power-by-the-hour plan to its FlexExec customers, which the company says provides greater flexibility to plan for maintenance and downtime. 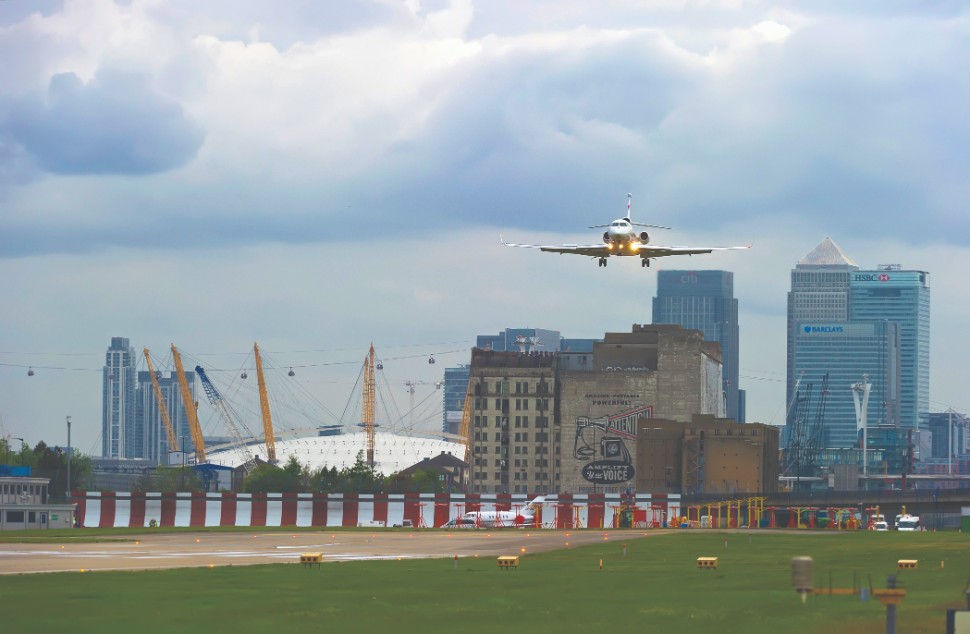 FlexExec is powered by Intelsat's EpicNG high-throughput satellite platform. In April, the company announced the total loss of one of its satellites – Intelsat 29e – following a leak in its propulsion system. Moore says Satcom Direct was still able to provide service to its FlexExec customers in the affected regions despite the outage, pointing to Intelsat's "layered network" of satellites.

"It's a shame for Intelsat but it will prove the redundancy capability in our network. These assets are in space and things can happen there. This is why we bought an insurance policy," says Moore.

Satcom Direct believes that by "promoting an agnostic approach" it will be better placed to keep up with technological advances in the in-flight connectivity world, which often outpace the average lifespan of aircraft assets.

"We want to get to where, regardless of who the [satellite] operator is, we're focused on the mission of the aircraft. We want to make sure that when we're spec'ing out an aircraft for a mission we can spec for what the customer wants, but also integrate into any network that's launched in the next 10 years," explains Moore.

To this end, Satcom Direct's hardware manufacturing division, SD Avionics, is working with Germany's QEST to develop a new electronically-steered, flat-panel, fuselage-mounted antenna for both Ku- and Ka-band satellite services.

The antenna system, which will be compact enough to install on smaller business jets such as the Embraer Phenom 300, will become part of the SD Xperience portfolio. The company says the "future-proof" technology will be compatible with the new generation of low-Earth orbit satellites, as well as geosynchronous satellites, and will operate in multiple frequency bands.

A prototype concept of the antenna was unveiled at the NBAA show in October 2018 and it "shocked the market", says Moore, adding that the product is expected to launch "within two years".

On the ATG side, newcomer SmartSky Networks aims to provide full coast-to-coast US coverage to business aviation operators by the end of this year, later than originally planned. The company had intended to begin offering the solution on two flight corridors – New York to Chicago and New York to Miami – before the end of 2018, with full coverage set to follow by mid-2019.

"We are laser-focused on coast-to-coast, full CONUS [contiguous United States] coverage by the end of this year," says SmartSky Networks chief commercial officer Nancy Walker, adding that the delay was caused by "some minor execution problems along the way".

"There were a few bumps on the road but this is to be expected when you've got something as innovative as our service," she notes. While the company is aiming for 100% coverage by the end of the year, it is saying 97% to account for any "weather issues" that could impact service during the winter months.

Smartsky Networks has modified a network of leased ground towers to support its new 4G LTE ATG service, which it claims will be 10 times faster than legacy airborne internet solutions and will offer a low-latency, high-speed, bi-directional product.

"Aircraft and fleet owners are starting to open their eyes to the possibilities of how a steady data stream can boost operational efficiency and safety. Real-time weather data for all aircraft, not just the big commercial aircraft, is one area. Aircraft systems downloads is another. There is so much promise here."

Earlier this year, Smartsky Networks announced that JetSuiteX – the bespoke public charter arm of US air taxi company JetSuite – would become the launch customer for its connectivity service. JetSuiteX operates a fleet of Embraer 135 aircraft configured with 30 seats that operate flights from private jet terminals in the US.

"We have a schedule for product installations with JetSuiteX this summer for their fleet of 12 aircraft," says Walker. "It is their choice when to roll this out to customers, though it’s our understanding that our high-speed air-to-ground network will be offered free. They have set the bar high with their desire to keep customers satisfied on board."

SmartSky Networks has a number of other "early bird" business aviation customers but it is not disclosing their identities at this stage. The company aims to secure supplemental type certificates (STCs) on "virtually all major aircraft families in business aviation", says Walker, and there are "more than 10 STCs in development, in addition to the ones we have already". StandardAero in March was awarded the first STC for the Embraer ERJ-135/140/140 series and the Legacy 600/650 models.

In addition to its standard business aviation offering, Walker says the company is seeing "a lot of interest" in its LiTE system, targeted at the light jet and turboprop market. LiTE is aimed at aircraft up to 8,620kg (19,000lb) maximum take-off weight and while it uses the same network as the service for larger business aircraft, it features one antenna, instead of two.

"LiTE is the only streaming-capable service for light aircraft and has a tiered pricing option as low as $75 per hour," says Walker. "Having high-speed internet on a small aircraft has been a dream for many owners. No more dreaming needed – it's here. The LiTE option includes internet for up to six devices at a time and unlimited data per hour."

Rival ATG provider Gogo Business Aviation's offering for light jet and turboprop operators is its AVANCE L3 service, a smaller 3G version of its 4G AVANCE L5 system. L3 features three layers, depending on the needs and budget of customers: Core, Plus and Max.

Gogo Business Aviation president Sergio Aguirre says the Core module is "by far the most popular selection" as an entry-level option, but once customers experience the service they are quick to upgrade to the next level.

"What we're seeing is that most customers are upgrading from Core to Max, or from Max to Plus. Regardless of what they get, a lot of people are eventually upgrading to Max," he notes. "At first, people are unsure if they want connectivity but once they see the benefits of it, they upgrade to the maximum."

Operators of small jets and turboprops "really appreciate" being able to use in-flight connectivity for "electronic flightbags and other applications providing information to the cockpit", adds Aguirre.

"We're finding that now we have a software-centric AVANCE platform that adapts to customers' needs, we can service our customers a lot more [easily]," says Aguirre. For instance, if an AVANCE customer decides after installation that they would like to add Gogo's in-flight entertainment product, Gogo Vision, or its calling and messaging service, Gogo Text & Talk, both can now be integrated remotely, instead of having to wait until the aircraft goes in for maintenance.

"This is giving customers a lot of benefits. They can call and say: 'I've changed my mind, I do want Gogo Vision'…We have the flexibility to turn [these services] on or off," says Aguirre, adding that about 40% of AVANCE customers elect to add Gogo Vision or Text & Talk after installation.

In addition to its ATG service, Gogo is developing a smaller antenna that will enable business aviation operators with aircraft that operate outside the US to access its Ku-band satellite-based connectivity solution. The antenna is expected to go to market either in the fourth quarter of this year or the first quarter of 2020, says Aguirre.

ViaSat, which provides both Ku- and Ka-band connectivity services to the business aviation market, is seeing demand for both systems to be installed on a single aircraft. Customers for ViaSat’s existing Ku-band service can either lift out the previous system and replace it with a Ka-band option, or opt for a dual-band solution that enables them to keep the Ku service as a back-up or use it as a bridge until all three of the company's Ka-band satellites have been launched.

"As opposed to transitioning from Ku to Ka, [customers are] going for both, instead of one or the other. This gives them global coverage and provides back-up at no extra cost," says James Person, director of business development and strategy for ViaSat’s business and VVIP aviation division.

Embraer announced at EBACE in 2018 that it had become the first business jet OEM customer for ViaSat's Ka-band in-flight connectivity service, opting for line-fit installation of the system on its Legacy 450 and Legacy 500 executive jets. This was followed later that year with the announcement that Gulfstream would offer the solution as a line-fit option on its G280 mid-size model.

Additional announcements will be made by Embraer during EBACE and there are "more in the works" with other OEMs, says Person.

ViaSat will be demonstrating its high-speed connectivity service at its stand during EBACE and will also give visitors the chance to try a pair of augmented-reality goggles. The goggles can be used to watch streamed entertainment content but also provide operational benefits, says Person, by enabling pilots to remotely identify and communicate any issues to the maintenance department on the ground in real time. 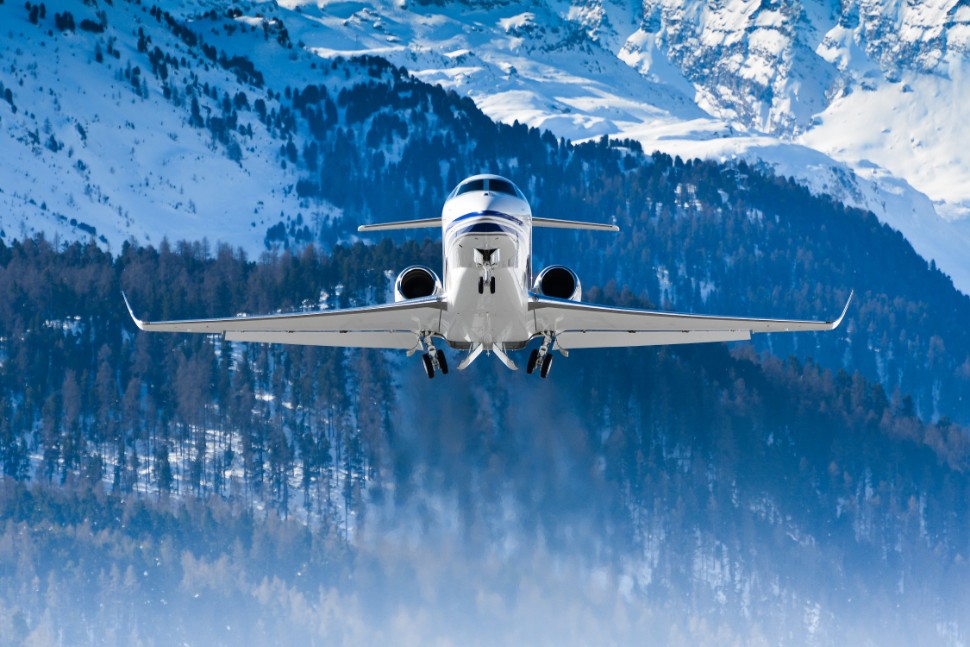