Boeing chief can find no escape from tough questions

The difficult position of Boeing’s chief executive – and the delicate balancing act he must perform – became particularly evident during the annual shareholder meeting on 29 April.

The event played out like a 737 Max press conference, with shareholders peppering Dennis Muilenburg with questions about the twinjet and its under-fire Maneuvering Characteristics Augmentation System (MCAS).

Immediately afterwards, Muilenburg stepped before a group of actual reporters, who pursued a similar line of enquiry: why did the company not disclose that the MCAS flight-control system existed? Why does MCAS rely on a single sensor? Was the design faulty? 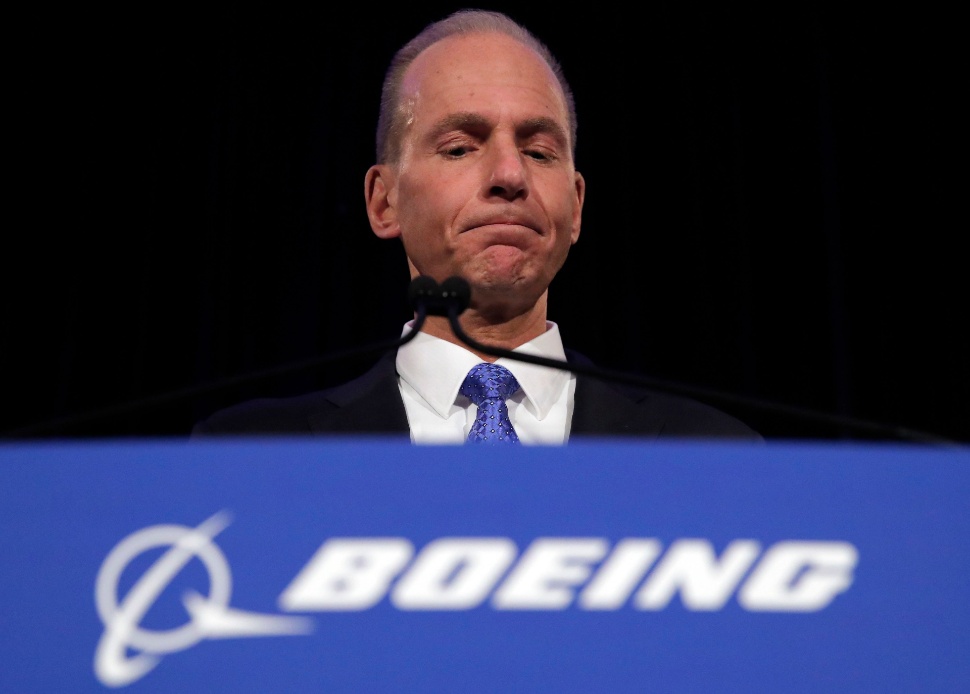 Such are the questions to be faced by Muilenburg, a 34-year Boeing veteran, who took the top job in 2015.

Muilenburg had previously addressed the Max crisis via a series of videos and brief statements, expressing sorrow, condolences and sympathy, but not admitting any error on Boeing’s part.

Little changed on 29 April: Muilenburg again expressed contrition, while sidestepping questions of culpability and company failures. Boeing’s design processes had no “technical slip or gap”, he said, pledging fixes while defending the manufacturer’s work against a sceptical press and public.

Muilenburg also repeated a line Boeing has taken since the October 2018 Lion Air crash: pilots can address MCAS failures by following a checklist of tasks they should know by heart. “In some cases those procedures were not completely followed,” he says.

While a robust defence of the company and its employees, that position feels like a refusal to accept any responsibility and runs the risk of enraging airline customers.

Boeing’s current challenges have also led to speculation about how long Muilenburg will remain in post. “Have you considered resigning?” asked one reporter.

Muilenburg dodged: “The important thing here is, again, [that] we are very focused on safety,” he replied. After 15min and a handful of questions, he dodged again: the press conference ended abruptly when Muilenburg headed for the door.

His exit spurred uproar among journalists who felt Muilenburg left much unanswered.

“Sir, wait a minute!” one reporter shouted. “Three-hundred and forty-six people died. Can you answer a few questions about that?”

It is a situation fraught with potential for missteps, but Muilenburg will not be able to dodge those questions forever.