The US government may currently have no plans to carry nuclear weapons on the F-35C, the carrier-based variant of Lockheed Martin's Joint Strike Fighter, but some in Washington are keen to revive the concept.

They see as attractive the concept of carrier-based nuclear deterrence operations, particularly with an eye towards a 2017 review of the country's nuclear posture and planned initial operational capability of the naval fighter jet in 2018.

Thomas Karako of the Centre for Strategic and International Studies says it might not be the current policy to deploy nuclear weapons on aircraft carriers, but there needs to be some debate, particularly while the F-35C is still in development.

The problem, he says, is that America is coming to rely on fewer and fewer types of nuclear weapons and delivery platforms under the current so-called “3+2 strategy” where dual-capable fighters and bombers will be armed with just one type of nuclear gravity bomb (the B61-12) and one Long-Range Standoff (LRSO) cruise missile.

He says the current strategy is based on 1992, post-Cold War thinking and there is a case to be made for diversifying and distributing nuclear capabilities across the force to restore credibility to the “nuclear deterrent,” which is designed to keep traditional atomic adversaries like Russia and China in check.

“The first hurdle is coming clean with ourselves,” he says. “We’re going to have to consider whether there might be some new capabilities beyond what we had in 1992. I certainly don’t think it’s too early, since the F-35 is still being built.”

The US Navy and F-35 Joint Programme Office say there are currently no plans to pair the F-35C with the B61-12 guided nuclear weapon being developed jointly by the US Air Force and National Nuclear Security Administration.

The new weapon will consolidate four B61 variants into one and add a guided tail kit for improved accuracy. It is due to be integrated with the land-based F-35A by 2021 and was flight tested from a Boeing F-15E Strike Eagle for the first time last month at the Tonopah Test Range in Nevada.

“Both hardware and software upgrades are required for the weapon system to be dual-capable,” says a spokesman for the JPO. “These dedicated modifications are being installed on US Air Force F-35As as baseline design provisions. There is no programme effort to integrate this capability on F-35Cs.”

Still, Karako says he is not alone in arguing that F-35C integration with the B61-12 should be re-examined, as should the sole reliance on two air-delivered nuclear weapon types. His views are echoed by CSIS nuclear weapons policy expert Clark Murdock, who also argued for F-35C weapons integration in a recent report titled Project Atom. 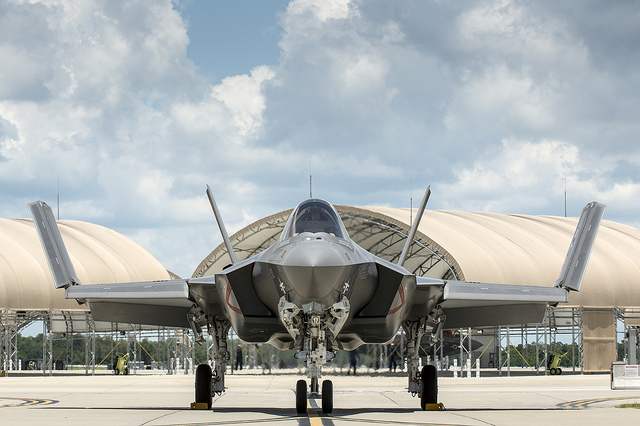 Others nuclear policy thinkers in Washington, however, are completely opposed to dual-capable F-35Cs and the carriage of nuclear weapons on aircraft carriers.

“The navy is out of the tactical nuke business and should not get back into it,” says Tom Collina, author of The Unaffordable Arsenal. “There is no military mission for the B61 in the navy, nor is there a need to keep B61s in NATO [countries in] Europe. The B61 should be limited to air force strategic missions.”

Union of Concerned Scientist member Stephen Young says there is no strategic reason to reverse the decision to remove nuclear weapons from aircraft carriers. “I have not heard the navy clamouring to put nuclear weapons back on its carriers. It is an unneeded complication.”

Hans Kristensen of the Federation of American Scientists agrees, saying the US government has not shown any interest in returning to nuclear-strike capable aircraft carriers.

Of note, Karako says there is also a case to be made for building different versions of the Long-Range Standoff cruise missile being developed by the air force, such as sea- and ground-launched versions depending on whether Russia comes back into compliance with the Intermediate-Range Nuclear Forces Treaty. 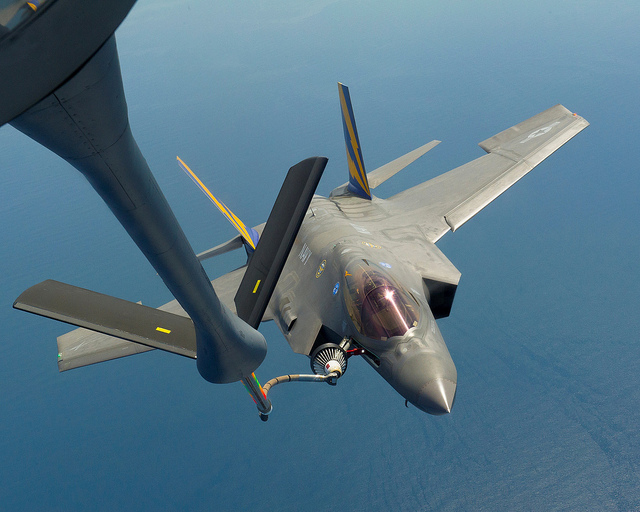