Finance availability may hold key to shape of delivery recovery

The year 2020 is set to be a catastrophe for the commercial aerospace sector, as airliner shipments collapse to the lowest levels since the mid-2000s. And right now the prospects for 2021 are not looking a whole lot rosier.

Between them, Airbus and Boeing shipped just 350 aircraft to commercial customers during the first eight months of the year, as the coronavirus crisis delivered a knock-out blow to demand for air travel. 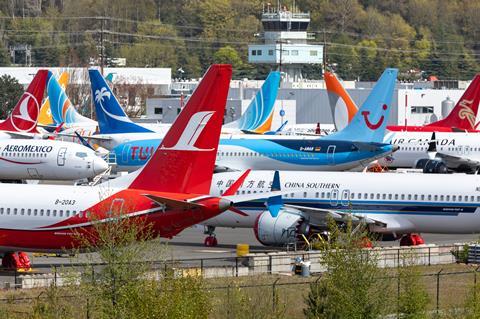 There are so many factors at play that forecasting the number of deliveries in the next four months is an almost impossible task. But the consensus is that the industry should limp beyond 600 aircraft, perhaps significantly more if the Boeing 737 Max returns this year at a pace.

Next year, a tally of 800 to 1,000 deliveries is the current best guess, but that could take a rapid turn for the worse.

The previous production nadir occurred in 2002-2005, when annual mainline airliner output fell into the 580-670 range during the post-9/11 crisis. But back then the decline had been much less marked, as combined output had peaked at around 900 units in 1999 – with Boeing the dominant player and Airbus on the rise.

However, the current crisis only starts with the virus and the Max. The stop-start nature of the industry’s slow recovery will inevitably make airlines reluctant to take near-term deliveries.

And then there is the question of finance. Gone are the days when the airline sector was a happy hunting ground for investors.

Airlines compete with other industries for finance and they are not going to win any beauty contests when any recovery is likely to be slow and fragile.

While the aircraft manufacturers can help to support their customers in the short to medium term, they do not have bottomless pockets. The availability of sufficient funding will be key to the pace at which airliner shipments bounce back.