Catastrophic departure from controlled flight at high altitude is an unusual occurrence, even in Indonesia, where the shoddy state of air transport safety led to a decade-long blacklisting by European authorities.

While Indonesian oversight has improved sufficiently in recent years to lift the sanction, the loss of Sriwijaya Air’s flight SJ182 will inevitably cause some observers to question whether, under the abnormal strains of the pandemic, the safety situation is regressing.

Such scepticism is not unreasonable, given that the indiscriminate overturning of air transport normality has created unforeseen safety concerns among even the most disciplined operators and regulators.

Investigators looking into any recent accident will have to consider the potential contribution of extensive operational disruption, prolonged storage of aircraft, rusty skills, shortages of personnel, and procedural upheaval.

The Lion Air 737 Max saga aside, most of the incidents which have blighted Indonesia’s safety record over the last two decades have involved either controlled flight into terrain or a mishap during approach and landing. 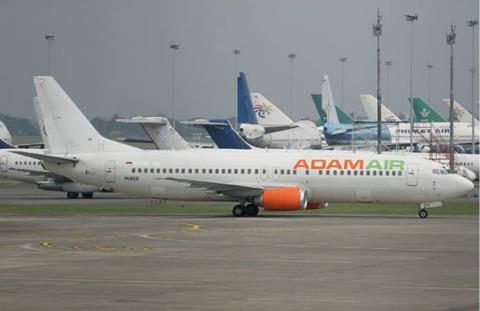 Despite 154 recurring defects, recorded over three months, to the inertial reference system on an Adam Air 737-400, the aircraft was permitted to continue flying until, in January 2007, its crew became engrossed in attempting to troubleshoot the problem while at 35,000ft.

The pilots had limited knowledge of the system and, while trying to rectify the issue, unwittingly disengaged the autopilot. Pre-occupied by the problem, they failed to notice the aircraft start to bank excessively and enter a steep dive, one so rapid that stresses caused the jet to begin breaking up.

Investigators looking into the loss of an Indonesian AirAsia A320 almost exactly eight years later discovered a repetitive and unresolved issue with the rudder-travel limiter unit, with 23 reported occurrences over the prior 12-month period.

While en route at 32,000ft the pilots faced several alerts relating to this unit – the result of a cracked electronic solder joint – and eventually chose to pull flight computer circuit-breakers, actions which led the autopilot to disengage and changed the flight-control laws. The crew failed to control the aircraft manually, over-correcting when it began to roll steeply and inadvertently pitching the A320 into a sharp climb and aerodynamic stall.

None of this, of course, necessarily bears any immediate relevance to the mishap which befell the Sriwijaya aircraft.

But the point is this: if technical malfunctions could go unfixed, and their effects worsened by inadequate crew actions, in normal times, the risks posed by the pandemic – as aircraft are retrieved from months of inactivity, to be flown by pilots out of practice – become obvious.

Sriwijaya Air has not been immune to excursions and wrecked aircraft but, as the blacklisting of Indonesia was lifted, it was credited by the European air safety regulators as having a “well-established safety management system” in place, while senior manager had a “good appreciation” of relevant issues and “good knowledge” of systems used to manage flight operations and safety.

That may be the case. And whatever the reasons behind the Swirijaya crash, they might have no relation to aviation’s greatest crisis.

But until the inquiries disassociate this event – and, for that matter, last year’s accidents in India and Pakistan – from the influence of the pandemic, the suspicion that air passengers will be counted among its casualties is not likely to dissipate any time soon.