OPINION: A320 has repaid faith of Airbus - and governments

There has been a lot of buzz around the single-aisle sector recently, with several significant production milestones following one after another.

A month after Airbus handed over its 8,000th A320-family aircraft in February, Boeing went two thousand better with the 737. Now the European airframer has just passed the three-decade marker on the A320 programme, having delivered its first aircraft in March 1988.

The achievements in Seattle and Toulouse are remarkable in their own way: the 737 for its longevity – the first delivery was over half a century ago – and the A320 in that the programme even got off the ground in the first place. Contrary to some early expectations, it has gone on to enjoy incredible global success.

While the A320 is now the cornerstone of around half the world’s single-aisle fleet, its very existence was far from guaranteed back in the 1980s, when the fledgling “Airbus Industrie” was seeking a foothold in the mass-market sector of airliner production.

At that time, Airbus was a consortium of European government-owned manufacturers needing launch aid to fund new projects. This was structured partly as a loan with a fixed repayment, with the balance repayable through a levy on each aircraft sold. 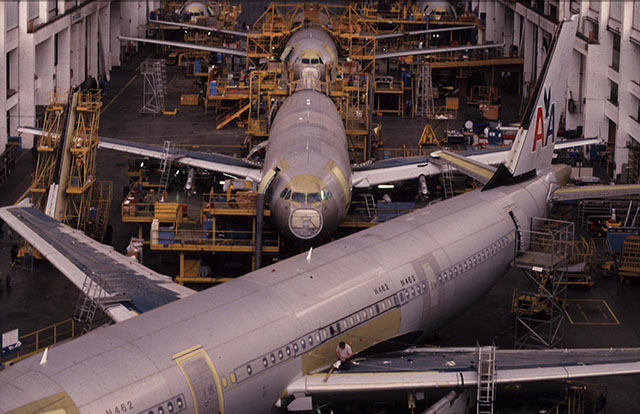 Back in 1984, Flight International estimated that to fund the launch and certification of the A320 airframe, Airbus needed £2 billion (around $2.8 billion at 1984 exchange rates). With costly, high-profile airliner project failures still fresh in its mind, the UK government’s support for the then British Aerospace’s involvement in Europe’s first single-aisle airliner joint-venture was initially uncertain.”I don’t want another Concorde on my hands,” warned then prime minister Margaret Thatcher.

The government investment decisions were based on forecasts of demand for 3,200 150-seaters over the next 20 years. At that time, Airbus was modest in ambitions for market share, building a business case around 600 A320 sales.

As it sought launch aid, the consortium had accumulated 96 A320 orders and commitments from five customers, including French state airlines Air France and Air Inter. While today that 600-sales target looks modest, back in the 1980s a successful European airliner project was a rarity, even though there was a sizable home market to tap. The incumbent Boeing 737 and McDonnell Douglas DC-9 dominated every market around the world.

Airbus, meanwhile, still had much to do in order to shake off the image that it was little more than a national project run by a dysfunctional group of engineers, controlled by politicians. So it decided to grab the bull by the horns from a technology perspective.

Former Airbus president Roger Béteille – who is seen as the “father” of the early products – has admitted that Airbus was perhaps too bold with the A320’s technical advances like fly-by-wire flight controls: “But we had no choice. Either we were going to be first with new technologies or we could not expect to be in the market.”

But that bold approach has more than paid off. The A320 went on to establish Airbus on the global stage, and force its rivals to up their game. And with 30 years and over 8,000 deliveries behind it, the little twinjet has more than repaid the early faith of the supporting governments many times over, thanks to that clause requiring a levy on each sale.