OPINION: Ageing US nuclear bombers not fit for a superpower

The United States’ nuclear bomber force has something of a morale problem.

This is not because of a lack of training or professionalism but, as the general in charge of the force put it to Congress recently, it’s because “we have airmen flying bombers that their grandfathers flew”.

The bomber squadrons see inconsistencies and uncertainty surrounding replacement aircraft, and this impacts morale. “It makes them question just how important the mission really is,” the general says.

This is the stark reality that America – arguably the world’s foremost superpower – faces today with its 53-year-old Boeing B-52 Stratofortress fleet.

But the B-52 – and the comparatively new Northrop Grumman B-2 Spirit – are America’s only nuclear-­capable bombers. Both face critical parts shortages ­because industry sees no business case for supporting small numbers of outdated aircraft.

As one congresswoman notes, America’s nuclear deterrent is at a “critical inflection point”. Does it get by for another few decades with Cold War weapons and geriatric aircraft, or acquire 21st Century equipment?

Sometime between now and September, the US Air Force will pick Boeing and Lockheed Martin or ­Northrop to develop and build the long-range strike bomber, or LRS-B. The requirement is for 80 to 100 aircraft at a cost of about $600 million apiece. It is going to be expensive and controversial. Those quantities must be maintained or the same support problems will recur.

There have been numerous attempts over the last 25 years to begin a next-generation bomber, but each has been pronounced dead on arrival.

Fleet modernisation has time and again been put on the backburner in favour of expensive and poorly executed fighter programmes.

It might be nice to have a few dozen squadrons of pricey, fifth-generation fighters, but the ability to deliver “shock and awe”, as it were, is vital.

Thanks in part to sabre-rattling by Russia, there is no better time to start the project from a political perspective. LRS-B has advocates in Congress – but protests, technical problems and competing funding priorities all stand in the way.

Indeed, one of the biggest threats to the nascent ­programme is the USA’s requirement to upgrade the rest of its nuclear arsenal, notably submarines.

But with a bomber force whose age averages 39 years, the air force must get LRS-B across the line because its superpower shine is already looking a little tarnished. 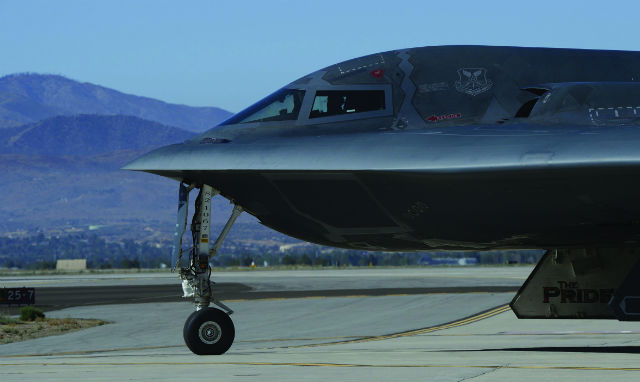