OPINION: Airport security even harder in a heads-down world

Difficult enough in any circumstances. But the proliferation of digital personal devices might be sapping a vital weapon from the security forces – namely the Mark One Eyeball.

That some of those affected by the devastating bombing of Brussels airport's departure hall were able to capture the aftermath so quickly – even as they cowered on the floor next to abandoned luggage – is testimony to the convenience and availability of handheld technology.

But it's also a reminder that the public moves through a heads-down world.

While the mobile phone has, to an extent, ousted broadsheets and books as a source of entertainment on board aircraft and trains, its grip is more persistent. It holds people's attention, even as they walk, in a way that the newspaper never could, aided and abetted by its integration into such routine tasks as orientation and paperwork handling. 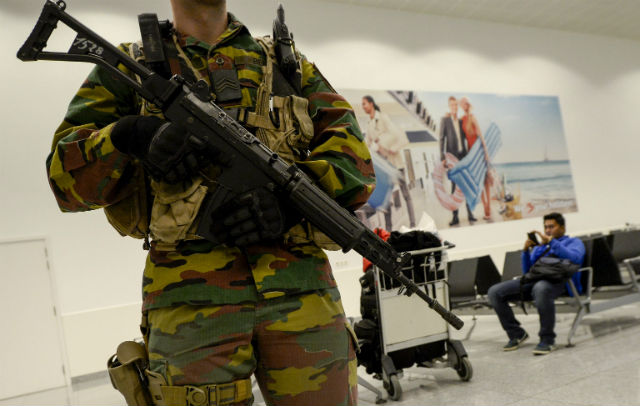 Gazing at the phone's window into the virtual world sometimes reaches the level of parody, with spectators fixated on viewing live concerts or a fireworks display through its tiny screen. Heads-down preoccupation diverts attention from the simplest acts of self-preservation, even one as basic as avoiding walking into a pond.

There's an increasing emphasis on visual awareness – "if you see anything suspicious" – but it conflicts with this slide into collective tunnel-vision. The pull of the phone is stronger, and the result can only be detrimental to security. There's no app that points out an unattended bag, much less triggers the human instinct that something just doesn't seem right.

Putting landside cordons in place to reduce the vulnerability of unsecured arrival and departure zones is more likely to shift the target than resolve the problem.

To suggest that the chaos at Brussels could have been stopped if only people had left their phone in their pocket is, of course, ludicrous. But it's ironic that technology designed to connect with the world out of our sight has also served to disconnect us from the world within it.

Social media has been a powerful tool for coping with the consequences, and pursuing the perpetrators, of events such as that at Brussels. It's reasonable to wonder about the degree to which it has weakened the defences for preventing them.