OPINION: Are air taxis on a ride to nowhere?

Don’t waste your money on a new car. Studies on the economics of taxi services built around autonomous electric-powered vertical take-off and landing aircraft – so-called eVTOLs – make compelling ­reading. Basically, cost per passenger mile looks like undercutting helicopter rides by an order of magnitude – and even makes ride-sharing in a car seem quite ­expensive. Uber is eager to get into eVTOLs, so either it sees the writing on the wall or actively wants to put its car driving “employees” out of business. 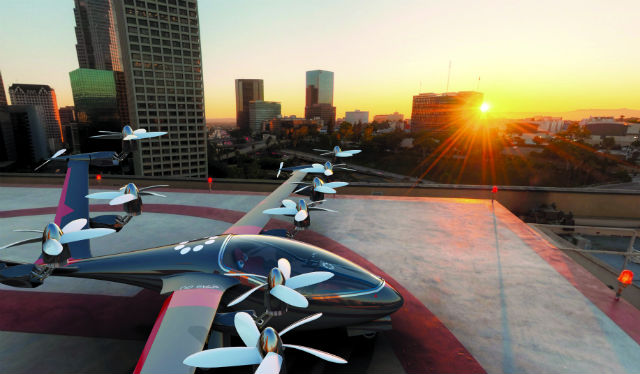 The technology is not ready, but a lot of R&D muscle is chasing a potentially lucrative market. Forecasts of services from the early- to mid-2020s may be plausible. However, there are deal-breakers, like noise and airspace management technology. And it is just possible that eVTOL enthusiasts are conflating cost with price. The several hundred-dollar fare for a heli-taxi ride from, say, New York JFK to Manhattan is set not by underlying costs, but what the market will bear.

What really raises eyebrows is the promise that cheap eVTOL aircraft will solve our road congestion problems by moving traffic to the sky. Technology permitting, we may well see a few autonomous eVTOLs shuttling rich people around. But even without considering the inevitable collisions, the idea of flocks of them navigating free-flowing highways in the air sounds like a recipe for, well, traffic jams in the sky.