In these days of huge order backlogs and soaring assembly rates for the air travel industry's narrowbody favourites, it could be hard to understand why the sector's giants would bother with adapting their jets to meet niche military requirements.

Money, is the simple answer. Although small in production volume terms, the overall value of the contracts and support deals should outstrip the relatively low development costs, given the maturity of the base airframes and long service lives.

For Boeing, the effort made in adapting the 737NG to perform maritime patrol aircraft duties is now paying dividends, although it still has some way to go with turning a profit on its 767-based KC-46A tanker.

The US Navy today has more P-8A Poseidons than the Lockheed Martin P-3 Orions they are replacing, and Australia and India also rely on the type to protect their maritime interests. The UK will boost that list of operators from later this year, followed by Norway in 2021, and New Zealand and South Korea also plan to field examples next decade.

Without considering future sales prospects, this total business should cover the production of 149 P-8s - equating to less than three months of 737 output at Boeing's current rate.

Airbus has already made a success of an A330-based tanker/transport, but lags its rival by several years in adapting its narrowbody champion for military duties. Only last year did the company's defence unit disclose study work into a planned M3 multi-mission derivative of the A320, eyeing European requirements from around 2035. 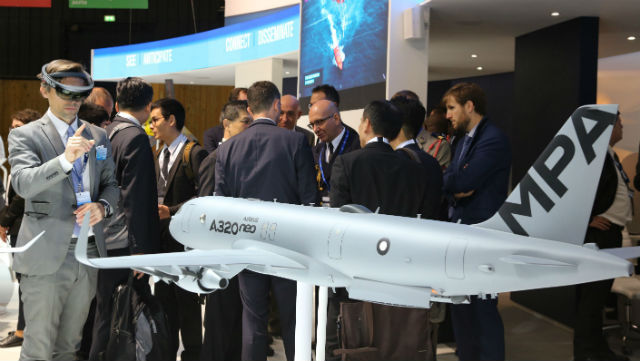 Just as securing the US Navy's custom was crucial for Boeing to launch the P-8, an A320M3 would have to find favour within Airbus's home nations France, Germany and Spain. But would their combined domestic needs make the effort worthwhile, when such a product might have already missed the boat when it comes to hunting down lucrative export opportunities?