Just two hours before the UK parliament became the scene of an armed assault and counter-­terrorism ­operation, the transport secretary had been inside, fending off awkward questions about ­weaknesses in new enhanced security measures for airline passengers.

Contradictory logic is rife in the aviation security game. The passenger with a pocket-knife will have the instrument confiscated before being allowed to board. If the passenger is not considered a threat, there is no reason to remove the knife. If they are, then letting them board, with or without the knife, is a security risk.

Pilots endure X-ray screening and other invasive checks before being handed complete access to the ­aircraft’s controls. And perfectly-safe aircraft divert after a phoned-in threat, not because its passengers are in danger but because the charade is necessary to avoid escalation down the line.

Unsurprising, then, that some of the reasoning behind the latest US and UK measures appears to border on the ludicrous. 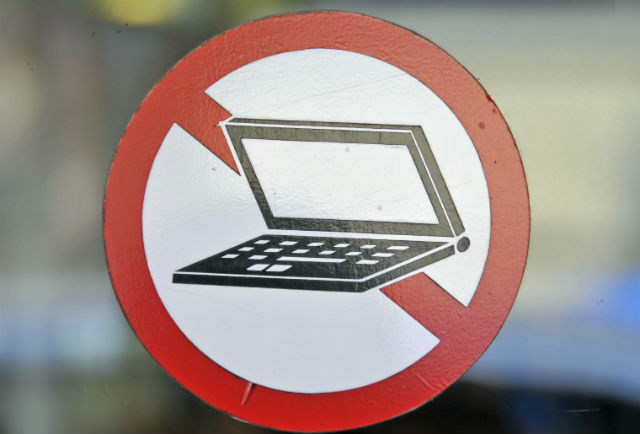 Concealment of explosives inside consumer items is a legitimate concern, borne out by the laptop bomb detonated on an Airbus last year and the interception of devices fitted inside printer cartridges, which were carried on freighter aircraft, in 2010.

But the selective ban by the UK and US governments is at best inconsistent and at worst ineffective.

From the outset there was an extraordinary mismatch over the types of device considered a threat, and the countries involved. Absence of the United Arab Emirates and Qatar from the UK list will inevitably spark accusations of underhanded retribution against Gulf airlines by the US government.

Limited application to US- and UK-bound flights places the onus for application on gate security, rather than central screening, and the procedures for dealing with a prohibited laptop at the gate – bearing in mind that it must, by definition, be treated as a bomb – ­apparently involve loading it on the aircraft anyway.

Transferring electronic devices to the hold also contradicts the rationale that equipment powered by lithium batteries should stay in the cabin, to reduce the risk of fire – not to mention the complicating fact that such devices, like otherwise-banned liquids, might have been purchased in airside outlets.

Even airports not directly featuring on the lists drawn up by the US and UK governments will have to adjust to the regime to account for transfer and stopover passengers.

Undeniable requirements for discretion in matters relating to intelligence and security provide an all-­covering carpet under which anything tricky to explain can be swept, using nothing more than vague references to secrecy as a broom. But public confidence in such measures is also essential, and gaps in the logic will do little to reinforce it.