To people who like to fly, perhaps to most people, fear of flying seems such an irrational fear. As our annual report on airline safety shows, accident rates are very low and trending firmly downward. On any given flight, the chance of incident – let alone injury or death – is almost vanishingly small. Fear makes no sense; save that for the drive to the airport.

But do not dismiss the fearful. Three aspects of flight safety remain stubbornly difficult to address, and all are growing threats. Technology can help, but all of them share a characteristic that even improved automation will not completely overcome: human frailty.

Pilots – human one and all – are better trained than ever. They enjoy assistance from flight control computers, advanced sensors, navigational technology and modern communications for which their forebears would, figuratively speaking, have died. But they are also liable to be fooled once in a while; under the right conditions, if confronted with conflicting information or a system failure, they can easily turn a recoverable event into a crash. No industry has studied human factors more closely than aerospace, but a completely reliable training regime has proved elusive.

Pilots, too – being human – are subject to mental illness. Modern life is stressful, the society-wide incidence of mental illness is on the rise and more airline pilots than ever are needed to keep the world flying. As a result, more incidents like the 2015 Germanwings pilot suicide can realistically be expected.

On the ground, security remains a weakness. The past couple of years have illustrated how much variation there can be in the quality of screening of airport and airline workers and passengers – and of cargo. History shows us that criminals, terrorists, militaries and even lunatics are nothing if not resourceful; close off one loophole and another is found. Aircraft are attractive targets, and if they are too well protected then airports are vulnerable, too. The best security remains the diligence of all-too-frail humans. 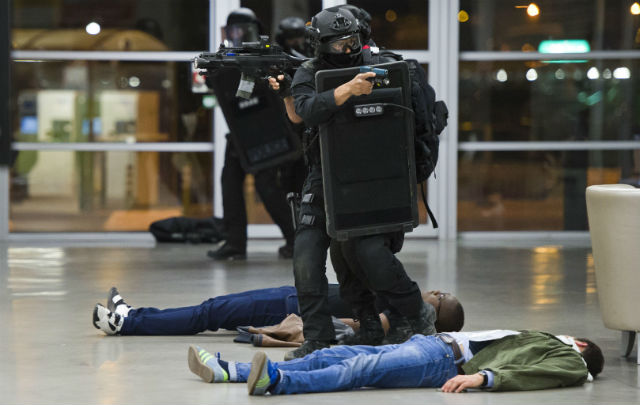 It's just a drill – this time

In the corporate headquarters, human bosses have to juggle conflicting demands. To be perfectly safe, an airline would not fly at all, and the ultimate money-making machine would be a safety nightmare.

The human weakness here is our capacity for self delusion. Stories are legion of management teams that convince themselves they are doing a good job while ignoring or smothering warnings to the contrary. In an airline safety context, the result is catastrophe.