As of January this year, there had been just seven reported collisions between drones and manned aircraft globally, none of which were in the UK.

However, that figure is bound to rise given the rapidly increasing number of hobbyist drones - broadly those of no more than 2kg (4.4lb) in weight - in circulation, as well as their ever-improving performance.

It is equally inevitable that some form of collision will take place in the UK. That is not something that is wished for, simply an acknowledgement of the way the statistics are trending.

And if it is happening in the UK, you can bet the picture is similar in many other countries.

That in itself is worrying: most of the reported incidents occurred as aircraft either departed from or arrived at major airports.

In some cases, Heathrow say, or London City, some proportion of those could be accounted for by their location close to built-up areas, where those flying drones are not fully aware of their proximity to approach paths.

However, there remains a strong suggestion that there exists a percentage of the general public who are either ignorant or blasé about the dangers their drones pose. 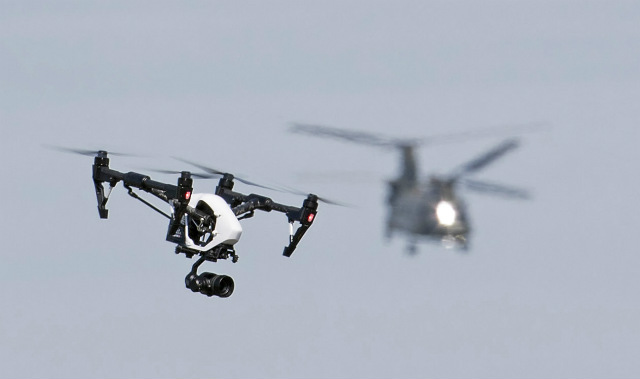 In addition, the Airprox Board believes that in many instances drones seem to have been operated beyond visual-line-of-sight limits; in a surprisingly high number of cases they reached altitudes of over 2,000ft.

That again suggests ignorance on the part of operators: both of the performance levels of the aircraft they are flying, as well as their wider responsibilities.

Legislation may help: as of 30 July, it is illegal to operate a drone within 1km of an airfield, or fly it above 400ft.

The UK Civil Aviation Authority, too, is doing its best to educate the general population of drone users through information campaigns.

But with drone sales unregulated and the high levels of performance available over the counter, as it were, there is only so much those initiatives will achieve. How realistic is an arrest, let alone a prosecution, when an operator is unlikely to be identified?

That a collision between any manned aircraft and a drone would be bad almost goes without saying, but on current evidence - mostly derived through modelling - such an event would not pose a mortal risk to an airliner.

However, the same cannot be said for lighter aircraft or helicopters, which are either not certificated to the same bird-strike standards, or have unique vulnerabilities such as rotor blades.

With legislators pondering how to further integrate drones into national airspace, there are a host of questions around safety that are likely to remain unanswered, particularly until the outcome of a real-world collision is known.

In the future, sense-and-avoid technology should provide a solution, but until then, it appears as though we can do little more than cross our fingers.