OPINION: Can Boeing use T-X win to revive fighter prospects?

It may seem premature, given that the champagne corks have only just finished popping in St Louis, Missouri – home to Boeing’s fighter business – on the back of its win in the US Air Force’s T-X trainer contest, but thoughts must surely be turning to what comes next.

Boeing won the T-X contract with a low price and a bit of borrowed expertise from Saab, which designed the trainer’s aft fuselage and associated subsystems.

It keeps the St Louis plant in business for decades to come, and crucially, maintains the company’s interest in the combat aircraft segment.

That is vital, because a far bigger competition looms: a sixth-generation fighter. That will require in-house engineering savvy not shown by Boeing in decades.

Boeing’s last serious attempt to design and produce a clean-sheet combat aircraft all on its own was the large-mouthed X-32. That was Boeing’s entry into the Joint Strike Fighter contest, but was comfortably bested by Lockheed Martin’s X-35, the forerunner to the F-35. 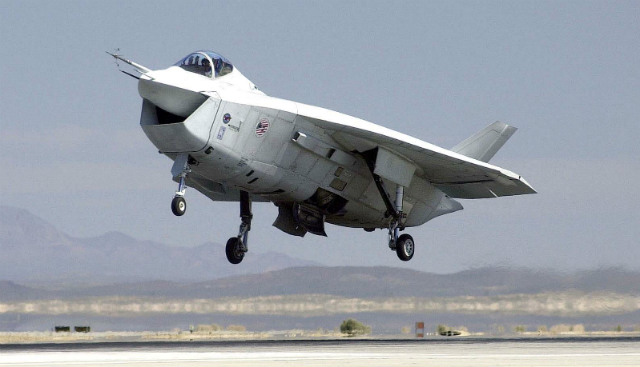 Boeing recently revitalised its defence division with a reliance on cut-rate prices and borrowed designs. But a low cost alone will not sway the US Department of Defense, which will demand advanced technologies.

For the company to get back into the business of designing and producing combat aircraft, it will need to hone its craft with the supersonic T-X trainer, as well as its other recent clean-sheet win, the MQ-25A ­unmanned, carrier-based tanker.

Boeing will learn as much as possible from Saab’s contribution to developing the T-X, but will also take the opportunity to perfect engineering and development skills. Its smooth-running commercial division may also offer a few industrial pointers too.

What engineering experience Boeing cannot nurture in house, it can often buy. For example, the shrewd acquisition of Aurora Flight Sciences in 2017 advances its ability to develop autonomous unmanned designs.

To find combat aircraft development experience on the market may not be as easy, however. Issues of national sovereignty would present a formidable barrier to the acquisition of a business like Saab, for example.

Although Boeing’s proposed partnership with Embraer in the market for commercial aircraft shows the art of the possible, significantly, the Brazilian airframer’s defence business is excluded from the venture.

Regardless of which path Boeing chooses, the T-X win is a sign that the company is back in the fighter game – and well-placed for a bigger prize to come.