Two of aviation’s three economies are growing: military aircraft sales are slowly and steadily on the rise, while Airbus’s and Boeing’s biggest problem is ramping up output without breaking the supply chain.

And then there is business aviation, which has been sputtering along since 2011. Any real growth in deliveries over the past seven years has later been revealed to be the product of unsustainably low pricing, which, when corrected, drags the figure back to a weak annual average of between 650-700 jets a year.

Is there a path to a healthy, sustainable growth rate, or is the business aviation sector locked into a Sisyphean cycle of oversupply and low demand?

Depending on where you looked in Las Vegas during NBAA, there were reasons for both optimism and doubt. 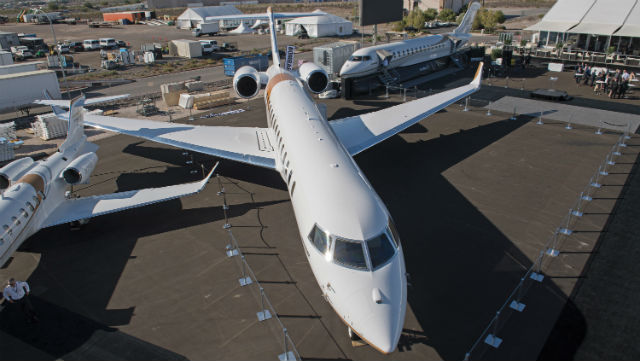 Despite the market weakness, the industry continues to invest heavily in new products, with several major aircraft types nearing service entry and rumours of more on the way. In addition, a three-year delivery binge between 2007 and 2009 is approaching a 10th anniversary, which is historically the age when used jets lose their attraction to the industry’s prime buyers. In the longer term, new innovations emerging in electric propulsion and artificial intelligence promise a revolution in the economics of business travel, potentially pushing customers out of cars and into small aircraft for short trips within, and between, cities.

So that is the good news. The inevitable counter-arguments seem at least as persuasive. It is great that the industry continues to invest in new products, but the introduction of several new aircraft types over the past few years has not led to an increase in overall deliveries. The 10-year mark seems helpful, but a consumer shift from private owners to lessors could mitigate the effect on demand. Electric propulsion and greater cockpit autonomy could change the economics of air travel, but current infrastructure and regulations may need a radical shift to create meaningful growth.

It remains possible – perhaps even likely – that the last six years represent the long-term “normal” for business aviation, with deliveries and pricing ticking up and down around an anaemic annual average not far from the current levels. That is not a disastrous scenario. After the consolidation of Hawker Beechcraft into Textron Aviation, the industry’s largest players have shown remarkable resilience. At some point, however, a new recognition of the likely return on investment could drive a rethink of product strategy.