Embraer has, believe it or not, its own anthem. The lyrics talk about how Brazil’s aerospace industry is a vital part of defending the homeland: its blue sky, the emerald green forests and the Amazon river.

What is absent, however, is any mention of a joint venture with a counterpart from North America that promises to entirely reshape the company. 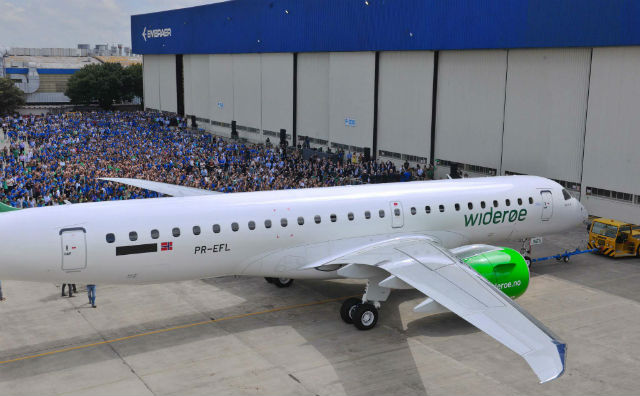 Maybe he is adopting his poker face, but it is hard to discern enormous enthusiasm for the discussions from Embraer’s chief executive Paulo Cesar de Souza e Silva.

Although he notes the benefits for both parties, there is a feeling that Embraer is exploring the possibility of an alliance more because it has to, than because it wants to.

There will be benefits, of course: Boeing’s marketing muscle and huge purchasing power would ensure supercharged growth. On the other side, the Seattle-based airframer will be able to take advantage of Embraer’s deep pool of engineering talent.

Souza e Silva believes the company will be able to stand on its own if the Boeing talks are not consummated. Maybe, but facing a revitalised competitor in Bombardier with the heft of Airbus behind it would be significantly easier with a substantial ally.

Others in Embraer’s leadership team seem keener on a new relationship with its friends in the north. Perhaps Souza e Silva, as a proud Brazilian, feels that the anthem’s ideals are being diminished, however slightly.