OPINION: Can Russia challenge Boeing in middle of the market?

Russia’s United Aircraft (UAC) and the USA’s Boeing now agree on at least one point of their commercial product strategies: the “middle of the market” gap is real, and it is huge.

Last year, Boeing sized up demand over the next 20 years for aircraft ranging in size and performance between its 737 Max 10 and 787-8, and found a market with at least 4,000 orders.

UAC’s newly released forecast is even more optimistic. The Russian manufacturer anticipates global demand for at least 5,600 aircraft of a similar class through to 2036. What the airframers disagree on is how to serve that need, and therein lies the biggest threat to Boeing’s strategy.

It is not that UAC poses a legitimate threat to Boeing’s far-flung sales staff. The Russian company is far away from competing on equal terms with Boeing’s vast industrial, financial and product support capacity. But scale and leverage alone is not everything. To conquer the middle of the market, Boeing needs to deliver a product that works financially for everyone. 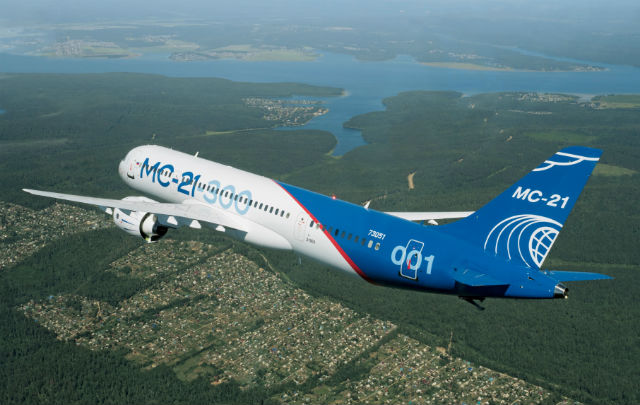 Boeing does not have the luxury of further extending the range and length of the 737 Max. Its low-slung wheelbase makes larger variants of the 50-year-old narrowbody difficult and costly to achieve. So it proposes offering a clean-sheet design, with aconcept described at the Paris air show as having a hybrid fuselage cross-section, perhaps combining a 767-like passenger cabin with a 737-like cargo compartment.

Most experts agree that Boeing’s new midsize airplane proposal entails an at least $10-12 billion upfront development bill, which must be amortised in the price of every unit delivered.

Airbus and UAC are not starting from scratch, and the development cost of a derivative is perhaps ­25-33% that of a clean-sheet design. That means Boeing’s potential competitors in the new market space start with a significant price advantage.

UAC’s forecast must come as good news for Seattle, but there is a catch. The middle of the market is waiting for someone to deliver the right product – but will it be Boeing?