OPINION: Can Russia make the MC-21 a sales success?

Even as the MC-21’s wheels lifted from the runway at Irkut’s aviation plant, hardly anyone outside ­Siberia knew that Russia’s most advanced passenger aircraft had been scheduled to fly.

Irkut had tentatively pointed to the end of May for kick-off of its certification programme, but had not publicly committed to a precise date, so as the twinjet powered up, the channels of social media suddenly became the frontline of communication.

The publicity engine was fired up once the jet had safely touched down, but the lack of pre-flight fanfare carried an echo of Soviet-era opacity and secrecy. 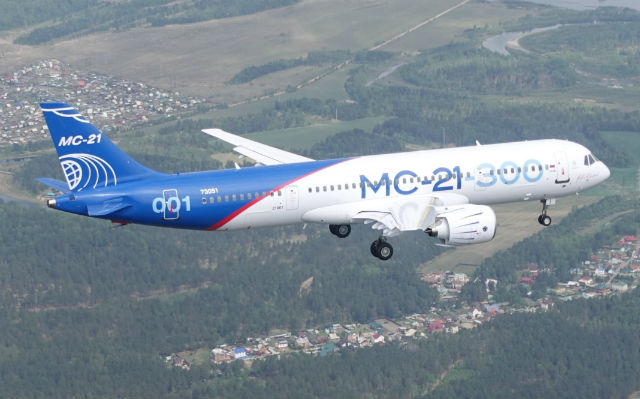 That is characteristic of Russia’s increasingly insular geopolitical standpoint. The government is pursuing an aggressive resurrection of its commercial aviation industry to counter the influx of Western types to the country’s fleets, against a backdrop of deteriorating diplomatic ties after the conflict in Ukraine, Crimea’s annexation and international sanctions.

“Build it, and they will come” is a failed philosophy in post-Soviet days. The Tu-204SM and An-140 have almost vanished into obscurity, while the An-148 and An-158 have struggled to find favour among domestic airlines and have only limited international take-up, with dubious regimes. Optimism over Sukhoi’s Superjet, developed largely with Western technology, has faded, its joint-venture manufacturer reabsorbed by Russia’s military-industrial complex.

There has never been a question over Russia’s ability to produce capable passenger aircraft. But competitiveness is a complex balance of efficiency and risk, and an aircraft that meets all the criteria of form and function on paper will not necessarily convince customers operating in the harsh light of real-world economics.

First flight, and upcoming air shows, might stir a stagnant orderbook dominated by Russian lessors. But projections of an early annual production rate of 20 aircraft – barely two weeks’ work for Airbus – are hardly ambitious for a claimed rival to the A320neo.

Bombardier has found its entry to the single-aisle market hard enough, despite having a global support network and the luxury of a warmer political climate. The MC-21 is playing against a stacked deck.