"From the beginning of time until about 1840, the distance a man could travel between getting up and going to bed was about 75 miles… then technology produced the aeroplane, and today a man can travel 7,000 miles in his waking hours. When the supersonic era is inaugurated this 12h distance will have become 12,000 miles, which is pretty well anywhere on earth.”

This summary of transport evolution ­appeared in Flight as Concorde took to the air for the first time in March 1969. However, the conclusion that followed would ­unfortunately turn out to be wide of the mark: "One of the basic laws of transport… is that traffic volume increases as journey time decreases." 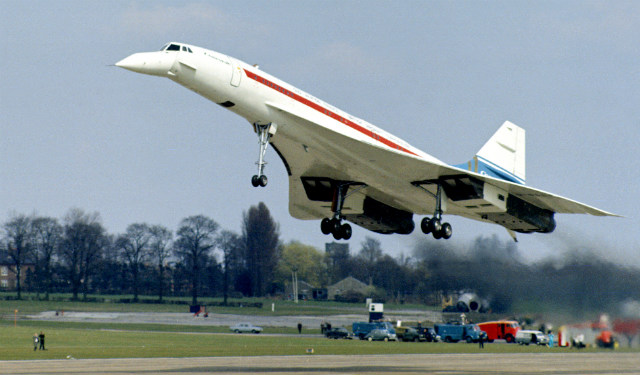 Concorde did everything that was asked of it from a technical point of view, but sadly that "basic law" did not manifest itself and make supersonic air travel a sustainable business proposition for airlines.

The development and introduction of Concorde by the British Aircraft Corporation and Sud Aviation took more than a decade, from the signing of the Anglo-French Supersonic Transport Aircraft Agreement at Lancaster House in November 1962 to service entry in January 1976.

There have been many words written about why Concorde failed, or why it was even built in the first place. But suffice to say that the single objective of all involved in its creation was to make "operation of the aircraft a safe and economically viable proposition".

Jet-airliner economic viability was a ­rapidly moving bar in the 1960s and 1970s (as was the environmental one). Aircraft such as the Boeing 707 and Douglas DC-8 – long-haul benchmarks when Concorde was conceived – were facing obsolescence when it arrived in service.

The aircraft that would revolutionise air transport had taken to the air exactly three weeks before Concorde. At the time of that maiden flight, the Boeing 747 faced as much uncertainty as its supersonic rival, with many convinced that speed would win over size.

But the jumbo jet's combination of high capacity and high-bypass powerplants – allied to rapidly rising oil prices – moved the economics dial to a point beyond the industry's wildest dreams a decade earlier. Thus, Concorde's prospects were shattered and just 14 aircraft were delivered – but not before the needle-nosed dart had earned a special place in the hearts of even the most hardened unbelievers.