OPINION: How 747 gamble paid off for Boeing

Boeing celebrates its centenary in 2016, and the 747 has been a big part of its life for half of the company’s existence. The risks that Boeing took with the original decision to build the 747, and the investment it committed to the production programme, set the benchmark by which all future commercial aircraft programmes have been judged.

It is remarkable how the 747’s success beat all projections in an era when the industry appeared hell-bent on speed rather than size. The spectre of sleek supersonic transports (SSTs) quickly rendering the 747 obsolete was in fact the secret of the jumbo’s eventual success. And as Airbus discovered with its self-styled 747 successor, the A380, assumptions around market trends can be fraught with danger.

With SSTs all the rage in the 1960s, Boeing designed the 747 to be as capable a freighter as it was a passenger jet. The SST was expected to hoover up a large chunk of the transatlantic passenger business, to the extent that Boeing projected only half of the first 200 747s it built would carry people rather than boxes. In fact, the vast majority of those aircraft were passenger versions – and all entered service within three years. 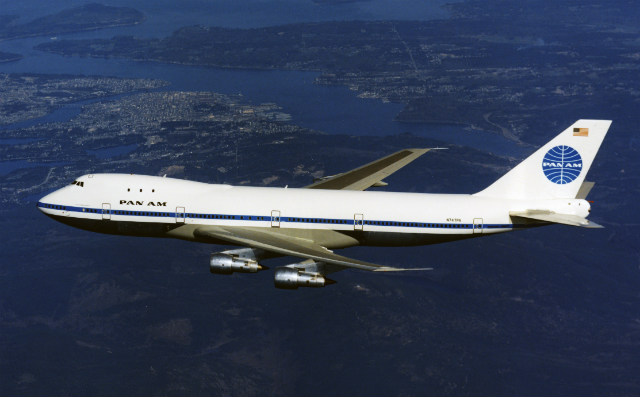 The failure of the SST meant Boeing’s early concerns about a limited passenger market were unfounded – of the 1,520 747s delivered, 80% started life in the passenger role. But the legacy of that freighter design decision – and the need for the 747 to accommodate containers on the main deck – meant that cargo, rather than comfort considerations, determined its very wide cabin.

“I think the SST programme did a lot of good for the 747, although at the time it wasn’t obvious,” recalled the programme’s engineering legend Joe Sutter in a Flight International interview in 1989. “They had the engineers, they had the development money, and they had the glamour.”

In the end it was the 747 that took the glamour, as soon any airline worth its salt wanted a jumbo. Its success played a big part in making Boeing what it is today. And it defined its competitor’s behaviour too. During its formative years, Airbus could only look on as even its most loyal customers called a Seattle salesman when they wanted a very big jet. And many did.

Boeing was able to play that market monopoly to its advantage across other size sectors too, so it became almost an obsession in Toulouse to create a “superjumbo”. But by the time it did, the market dynamics had changed again, this time in favour of big twins. And guess who already had that market sown up?