It was never going to be easy for Airbus to replace its “billion-dollar salesman” John Leahy. And just eight months into its post-Leahy journey, Toulouse has already had to make unscheduled turnback.

While it may not have been a complete surprise to everyone, the announcement that Leahy’s replacement Eric Schulz was departing for personal reasons after eight months and being replaced by long-time Airbus man Christian Scherer raises many questions.

The decision to recruit Schulz from Rolls-Royce had provided Airbus with the opportunity to bring in an outsider untainted by the corruption allegations that have plagued it recently. But Scherer, with his long Airbus pedigree but current role on the periphery as head of subsidiary ATR, should arguably been top of the list to replace Leahy in the first place. 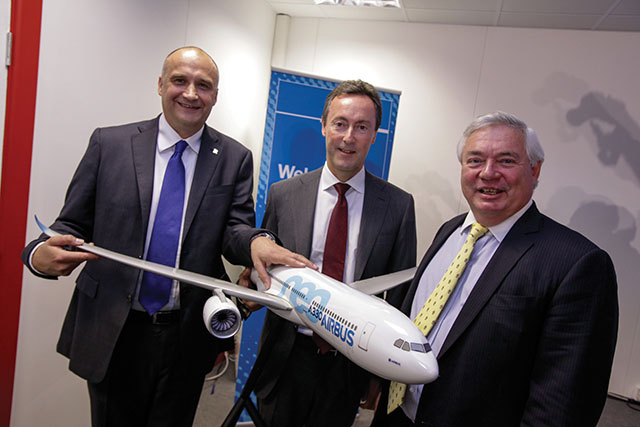 What is clear is that the European manufacturer’s management misfire comes as it still grapples with the problem of replacing the person at the very top – Tom Enders. The domineering leader – who is Scherer’s boss, as he was Schulz’s – steps down next year when his current term expires.

Schulz is the latest in a string of high-level departures from Airbus – some planned and some not. Airbus commercial aircraft chief Fabrice Bregier left about the same time as Leahy, earlier this year. Long viewed as Enders’ natural successor, Bregier decided to walk away as circumstances apparently changed.

Cue the arrival from Airbus Helicopters of ambitious company executive Guillaume Faury, who succeeded Bregier and presumably must be a candidate to replace Enders. Maybe Scherer will have other ideas?

Leahy’s deputy, Kiran Rao, was once tipped to take over, but that likelihood ended with the move to appoint an outsider.

But beyond any leadership power struggle, Scherer and his management colleagues must quickly address several burning issues that had already given Schulz a headache during his short tenure. One of these is the ongoing A320neo delays which are creating increasing frustration among customers. Another is the growing commercial pressure from Boeing, which has outsold Toulouse more than two-to-one so far this year and continues to dominate sales in the widebody market.

And there is one little fact from Schulz’s departure that won’t have been missed by Leahy: he remains the only Airbus sales chief to have ever sold an A380.