OPINION: How Cirrus made its Vision Jet a reality

When Cirrus handed over the first SF50 Vision Jet to its proud owner last December, its relief was palpable.

The milestone ended a 10-year quest by the airframer – manufacturer of the popular SR-series piston-single –to create the world’s first certificated, single-engined personal jet. It thought the aircraft would create a new era of affordable aviation.

While Cirrus hoped to be first to market when it launched its jet in 2006, it certainly did not expect to have the segment all to itself.

Back in the mid-2000s, when sales of business aircraft were booming, a clutch of companies were racing to bring their personal jets – such as the Diamond D-Jet and Piper Altaire – to market. However, the global financial implosion intervened. But while most of the ambitious programmes ended up on the scrapheap, the Vision Jet survived.

The acquisition of Cirrus by China’s CAIGA in 2011 was key to its continuation, giving the programme new momentum and boosting buyer confidence. 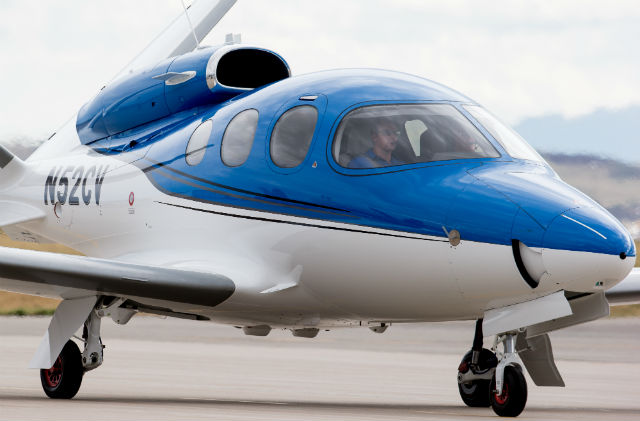 Much of the backlog comprises SR22 owners trading up to jet power. But given the unique position of the Vision Jet, it is likely to pull in pilots of other types.

In a sector where bigger is always seen as better, it is striking that a rare bright spot is provided by one ofthe smallest aircraft.