Riding a mountain wave is a lifelong dream for many glider pilots. Once detected, these invisible, oscillating wind currents streaming down from the tops of mountain ranges can loft unpowered aircraft high into the stratosphere. Later this year, the partly Airbus-sponsored Perlan project plans to reach 90,000ft with a two-member crew of adventurers.

Perlan is a grand adventure, of the kind for which the aviation industry was once renowned, demanding advances in the science of aerodynamics, materials and even cockpit pressurisation, along with the daring and skill of a group of volunteer test pilots.

Aviation’s taste for adventure has oscillated over time, much like the mountain waves. In its earliest years, private individuals mostly led the way, crossing oceans and circumnavigating the globe. It wasn’t long before governments fuelled a new wave, with fat budgets that lifted humankind all the way to the Moon.

A third wave of aviation adventurism is gathering momentum, often using a model quite different than previous cycles of the spiritual oscillation.

The Perlan project is a hybrid of private and corporate interests. It started with a group of true adventurers, including the late Steve Fossett and legendary test pilot Einar Enevoldson. After proving the concept was feasible with a slightly modified commercial glider, the pair recruited the financial assistance of billionaire Dennis Tito, the world’s first tourist-astronaut, who later became a mountain wave-chasing glider pilot. 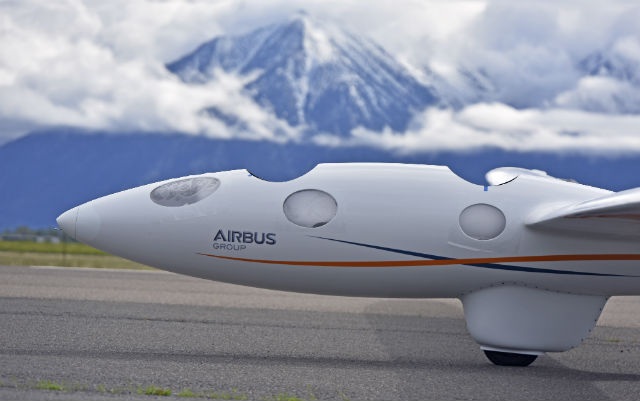 Tito’s support helped the project design and build a bespoke glider, with a wing capable of enduring 260kt (480km/h) true air speeds at the apogee of its climb. But more money was needed, and while the volunteers cast a wide net, their pleas almost went unheeded. Somehow they got the email address for Airbus Group chief executive Tom Enders. The rest may soon be history.

Using the template, more tourists will probably be following Tito into space over the next few years, riding a growing collection of privately-designed vehicles that received financial backing from deep-pocketed billionaires and corporations. Such projects will restore the boundary between the atmosphere and space as the realm of adventure it was more than half a century ago.

But this time, the benefits of such adventurism will be tangible and long lasting. It will be possible to measure the Earth’s changing climate in new ways. The study of aerodynamics at such extreme altitudes will be useful in planning Mars exploration. Most importantly, aviation will be a grand adventure again.