OPINION: Is A380 rate cut beginning of the end for superjumbo?

At Farnborough, the Airbus A380 was once again a sight to behold as it manoeuvred almost silently, almost balletically through its aerial routine. More than a decade after its air show debut at Paris, the world’s largest airliner remains a whispering wonder of European engineering, as impressive as the Boeing 747 was in the 1970s. At all but a few airports in the world, it continues to turn heads. With its spacious twin decks, passengers invariably love to fly in it. 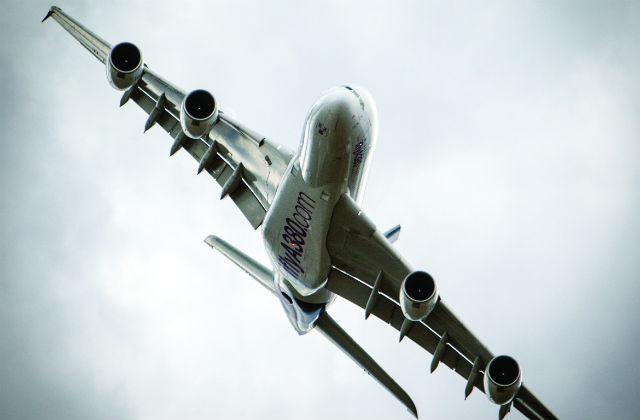 However, after years of what many would say was being in denial, Airbus is finally bowing to reality. Toulouse’s decision to cut production of the superjumbo to one aircraft per month in 2018 is an acknowledgement that the backlog is not being replenished anywhere near fast enough to support a modest delivery rate.

At a briefing on the fringes of the show, chief executive Fabrice Brégier continued to insist his company’s flagship will “find its way”, but you suspect in his heart he no longer really believes it.

Airlines that might have made that breakthrough order – the 20-50 aircraft that would place the type at the core of their widebody fleet – have had every chance to come on board. They have not.

There are not many more prospects out there, and much of the orderbook looks fragile too, including Virgin Atlantic’s six firm commitments with six options. The UK airline signed up for 12 A350s at Farnborough, and its claims that its long-dormant A380 order remains intact are difficult to believe.

Emirates, the one true believer, keeps the programme alive. The Dubai airline – with 61 aircraft still on order – accounts for almost half of Airbus’s backlog of 126. Peel away the A380s that are unlikely ever to be delivered and that proportion is closer to three-fifths.

Emirates – the only airline that has built its business model around the type – really wants an A380neo. However, after speculation some months back that a big launch order for a re-engined superjumbo might be the story of Farnborough, the prospect of a second-generation A380 now seems distant.

A more likely prospect is the first A380 in the breaker’s yard before the end of the decade. Despite optimistic talk from some of a burgeoning secondhand market, it seems unlikely there will be sufficient demand to keep in the air the steady stream of the oldest A380s leaving original fleets during the next few years.

For aviation lovers, the sight of these magnificent beasts being torn apart will be depressing. Sadly, airline finance chiefs are rarely sentimentalists.