OPINION: Is Airbus the winner in CSeries trade dispute?

Whatever Bombardier’s goal was for launching the CSeries programme nearly a decade ago, it certainly was not to shepherd both the CS100 and CS300 into service before handing them over as relatively mature products, free, to Airbus.

But the announced deal allowing Airbus to acquire control of the CSeries in a cashless transaction highlights more than one error in strategic decision-making. Whatever Boeing wanted for the price of dragging Delta Air Lines and Bombardier into an anti-dumping dispute over the CSeries, it is probably safe to assume its plan was not to drive a relatively harmless rival into the arms of its fiercest competitor. 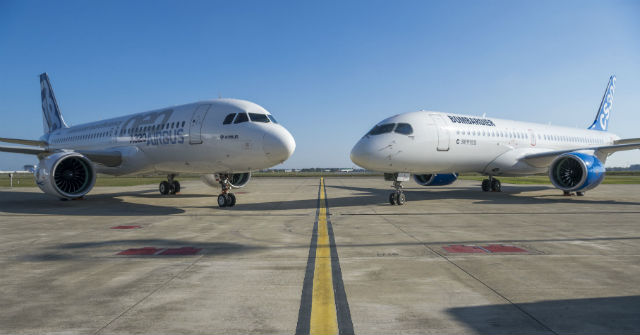 That Bombardier’s leadership probably feels relief over the deal illustrates the depth of the company’s strategic error in 2008, when the hugely ambitious CSeries was launched. At the time, the company assumed Airbus and Boeing would soon vacate the market segment below 150 seats as they came up with clean-sheet replacements for the A320 and 737.

But the selection of Pratt & Whitney’s geared turbofan to power the CSeries helped Airbus realise the value of simply re-engining the A320. Eventually, a reluctant Boeing followed suit. Instead of owning the segment below 150 seats, Bombardier triggered a heavyweight response.

Likewise, Boeing’s leadership apparently decided earlier this year that they had seen enough of unfair subsidies. Canadian and European governments are prone to support aerospace firms by providing development loans with generous repayment terms. American governments instead prefer to show their support by providing generous tax incentives. The World Trade Organisation generally agrees with Boeing’s point of view, but that has not seemed to matter. After Bombardier acknowledged losing money on a sale of 75 CS100s to Delta, Boeing felt it had no choice but to act.

What would have happened if Boeing had done nothing? Bombardier has a healthy backlog of orders, at least for a few more years. If it did not face the prospect of a 300% tariff on deliveries to Delta, Bombardier could have continued trying to sell the CSeries to new customers for a sustainable profit. Instead, Boeing forced the CSeries into a crisis, creating the conditions that allowed even a cashless “sale” to Airbus to seem desirable.

It is time that Boeing reconsiders its backfiring commercial strategy and focuses on developing better products, rather than simply harassing competitors with trade complaints.